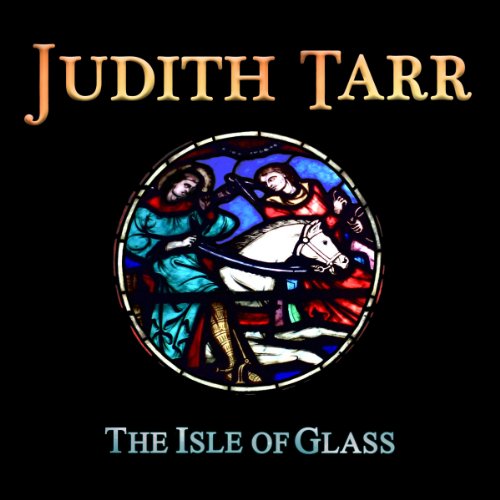 The Isle of Glass

Alfred of St. Ruan's has lived his life in the seclusion of the monastery. But a badly wounded knight on a mission from the Elvenking, a beautiful and mysterious stranger who walks as both woman and beast, and a warrior king call him out of the cloister's walls into the wars and storms of the world. For he is neither mortal nor human, though he has long tried to live as both; and he can deny neither his nature nor his powerful magic.

What listeners say about The Isle of Glass

Would you consider the audio edition of The Isle of Glass to be better than the print version?

No - It is such a shame that they have chosen this narrator. There are two grave problems with him. The first and worst is that his narration is very flat, he doesn't do voices and exclamations right, there are no feeling in it. And when you know what excellent narrators there are out there it is simply a mystery... The other thing is his american accent - this is a book that is happening i England in the middle ages - NO american accent - what were you thinking audible?

The story itself is great, I have read it several times and have been looking forward to the audiobook.

Would you be willing to try another one of James Patrick Cronin’s performances?

3 stars, leaning towards 4. Tarr's linguistic and medieval expertise is evident in her trilogy THE HOUND AND THE FALCON, beginning with this clever book. Told in 3rd person, this is a thoughtful and historically credible (Fair Folk notwithstanding) political fantasy set during the time of the Crusades and King Richard the Lionhearted. The Knights Templar get a mention, too.

It took me a while to become engrossed, with several false starts, but eventually I was hooked. A plot to weaken and overthrow the king of Anglia. A zealous religious order (the Pauline Order) similar to the Spanish Inquisition (interesting take on Brother Adam). A strong bond of friendship. A budding romance. A nuanced view of King Richard. And of the church.

Slow moving, but some frightful action scenes, some heartwarming scenes, some witty dialogue, some profound moments.

Lots of likable characters here, including some solid secondary characters (Abbot Morwin, Jehan, Thea, etc.). Some church clerics are quite villainous but others are kind and heroic. Credible. I sensed no overt bias in the writer.

My heart went out to Alf (Alfred, a brother of the Order of Jerome) for the inner struggles he had to endure (sometimes I grew impatient with him — I wanted him to fight back and feel no regrets) but he comes out on the other side, stronger and more at peace within his own fair skin. He's happier. And well-loved by anyone with sense, given his own capacity to love and understand and forgive.

There is a surprisingly upbeat Christian message relating to the soul and the creator, but this book didn't feel like it was written to appeal to Christians, per se, given the tolerance towards homosexuality.

Setting: England, about 1200. The title, Isle of Glass (aka Ynys Witrin) is known today as the city of Glastonbury. It is south of Bristol, and not really an island. Rather, from what I can gather, it is high ground surrounded by marshes and mists, making it look sometimes like an island from the high Tor above. The Marches are also key to the book, apparently they are the old borderlands between Anglia (England) and Wales. Lots of Old English, Old French, and Celtic / Welch names in this book.

Narration is fine but it doesn't add anything to the experience.

The Isle of Glass

The story was interesting, however, the singsong voice of the reader, took away from the enjoyment.

With a few exceptions, all of the males sounded alike and it was difficult to tell who was speaking, frequently.

I’ve checked, and the same narrator reads the second book, so I’ll be getting it in Kindle format, instead.

Elven magic and beauty vs. the inquisition.

I so wanted and expected to love this, as I did love the first book in the series--The Isle of Glass. In this sequel I expected the author to spend more time exploring the magical realm of the kindred--- a deva-like, very beautiful elven world populated with radiant beings who use their power for the good. But, alas, after a few initial opening chapters in the elven world, the main characters are transported into a version of the human world in which a jealous and hateful inquisitor captures and tortures the magical elves (considering them to be heretics and witches), and that’s where they stay, powerless, until the very end when they finally escape. I found this overly-prolonged stretch with the inquisitors to be irritating and wearying, and I didn’t really enjoy the narrator who has a tenor voice which sounded adolescent and sometimes grating to me (although, to be fair, they were bad-guy voices!), and also seemed to subtly lose the flow of speech when narrating (although pacing was better with character voices). But that’s just me. I know the affect narrators have upon listeners is very subjective. And I understand that some conflict is necessary to thicken the plot and challenge the heroes, but when it takes up 90% of the novel it’s too much for me. I prefer to spend more time being delighted, inspired and emotionally moved. I know we have to acknowledge and expose hateful ignorance enough, hopefully, to not repeat them. Just, please, Judith Tarr, in future, don’t keep us trapped over-long in the nasty world of the inquisition and let us enjoy proportionate inspiring, escapist entertainment!

I remember reading this book as a tween. I reread it countless times because it was so good. I went on to fall in love with sci-fi books ( Enders game amongst many) and fantasy books ( the lord of the rings, the dark elf trilogy just to name a fraction). This book always stood out to me because my favorite story is Robin Hood and that story crosses paths with the crusade as this one does. I read the Lady of the Forest ( great read) around the same time. The stories immersed me in the time period and left such a lasting impression on me. Given, I was only a girl and highly impressionable. I loved this story and I give it credit for taking me on a different path in my love of literature and , simply, words.

One of my favorite books, but...

The print edition, but not this audio.

Who would you have cast as narrator instead of James Patrick Cronin?

Almost anyone who is professional. Mr. Cronin barely distinguishes between characters, and actually mispronounces words (gelding!!!, canonical, decorously). He does not breathe into the microphone (which is good!), but his reading is NOT up to the standard quality of Audible books.

Was The Isle of Glass worth the listening time?

Barely. And only because I love the story.

Is Mr. Cronin actually a professional reader? I found myself wanting to scream at him. He is NOT up to the normal standard of Audible books.