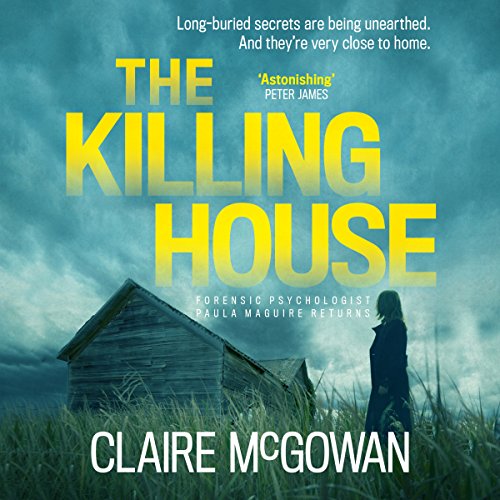 When a puzzling missing persons case opens up in her hometown, forensic psychologist Paula Maguire can't help but return once more.

Renovations at an abandoned farm have uncovered two bodies: a man known to be an IRA member missing since the '90s and a young girl whose identity remains a mystery.

As Paula attempts to discover who the girl is and why no one is looking for her, an anonymous tip-off claims that her own long-lost mother is also buried on the farm.

When another girl is kidnapped, Paula must find the person responsible before more lives are destroyed. But there are explosive secrets still to surface. And even Paula can't predict that the investigation will strike at the heart of all she holds dear.

What listeners say about The Killing House

The best tie up loose ends

I have read a ton of series and this is the best end to any off them. BRAVO

Love the writing, Love the story, Love Paula. More please. Great read to get a feel for the political environment for Northern Ireland. The reader does not fabricate voices. She just alters her tone a bit so she doesn't sound corny. One of my favs.