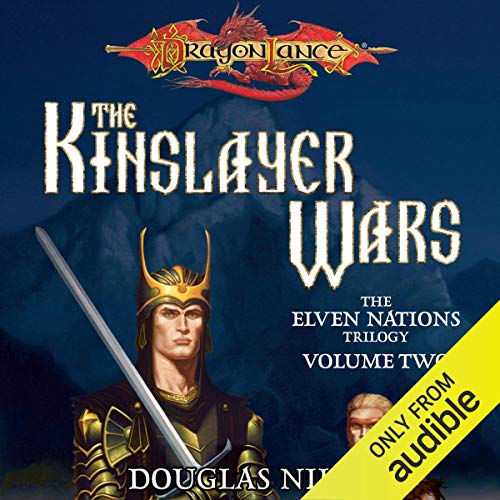 Written by: Douglas Niles
Narrated by: Steve Coulter
Try for $0.00

Second title of a classic trilogy now in audio!

The Kinslayer Wars, the second title in The Elven Nations trilogy, was first released in mass-market format in 1991, and it documented the ancient civil war of the elven races in the Dragonlance world. Unavailable for the past several years, this title is now being brought into audio in order to fulfill the rising demands of consumers. The other two titles in this trilogy will also be re-released in the same season so that listeners may easily compile the entire trilogy.

What listeners say about The Kinslayer Wars

Sadly this novel falls a bit short. A few of the major players from book one act wildly out of character. (Kith-Kanan for one.). It a fun story but not as good as book one. Or the sequel The Qualinesti

this book is the best of the 3 by shadow of a doubt. hight recommended