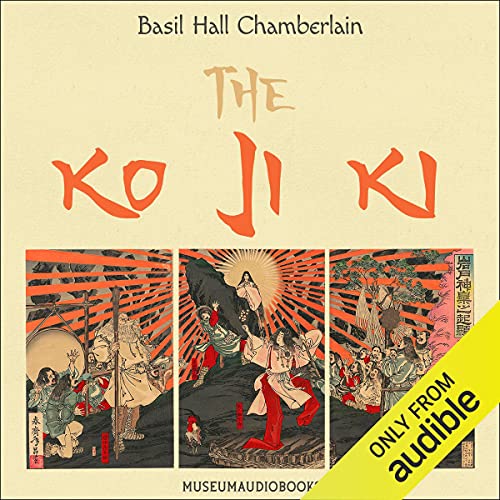 Basil Hall Chamberlain (1850-1935) was a professor of Japanese at Tokyo Imperial University. This is his translation of the Kojiki (Records of Ancient Matters), which was compiled in AD 712 by Ō no Yasumaro at the request of Empress Genmei. One of the two primary sources of the Japanese national religion of Shinto, The Kojiki is a collection of myths, early legends, songs, genealogies, oral traditions, and semi-historical accounts. Starting with a creation story, the narrative shifts from mythology to historical legends and concludes with a chronology of the early Imperial line. It includes supernatural episodes and tales of romance, passion, and murder.

What listeners say about The Kojiki

Chamberlain opted to translate the names of the deities as opposed to keeping the original names, and I wish he hadn’t done that. He also referred to the underworld as Hades, which, while technically correct, shouldn’t be used when translating a non-Hellenistic religious text... But all in all, I enjoyed the read!

hard if you dont know the gods names