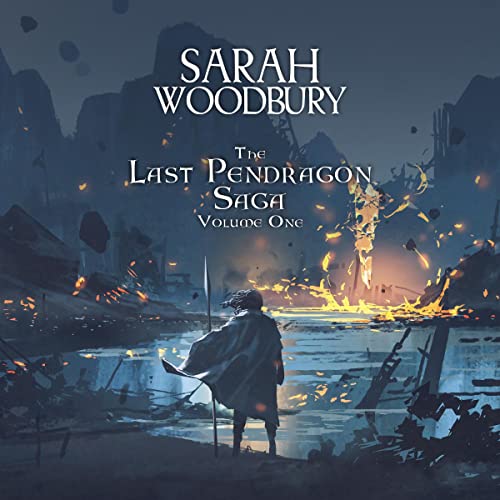 He is a king, a warrior, the last hope of his people - and the chosen one of the sidhe...journey with Cade and Rhiann to a world of myth and magic in Dark Age Wales!

The Last Pendragon: Rhiann knows that demons walk the night. She has been taught to fear them. But from the moment Cade is dragged before her father's throne, beaten and having lost all of his men to her father's treachery, he stirs something inside her that she has never felt before. When Cade is revealed to be not only Arthur's heir but touched by the sidhe, Rhiann must choose between the life she left behind and the one before her - and how much she is willing to risk to follow her heart.

The Pendragon's Blade: Having given her trust to Cade and his companions, Rhiann comes face to face with the terror of the sidhe and discovers the true threat they represent to her people - and in so doing, takes her place as a full member of Cade's war band. But even as his relationship with Rhiann deepens, Cade knows that only he can stand at the crossroads between the Underworld and the free people of Wales and prevent the war that the wayward god Mabon hopes to unlea

Song of the Pendragon: Faced with the unleashed might of the Underworld, Rhiann, Cade, and their companions travel to the world of the sidhe. And it is there, in the heart of Arawn's domain, that Cade finds himself finally able to grasp the reins of his own power to become the Christian king and pagan hero that has always been his destiny.

What listeners say about The Last Pendragon Saga, Volume 1

I'm a sucker for Arthurian fantasy

Enjoyed this immensely. I'm a sucker for Arthurian literature and while this isn't to the caliber of anything by the Inklings or other more famous adaptations, this was darn good!