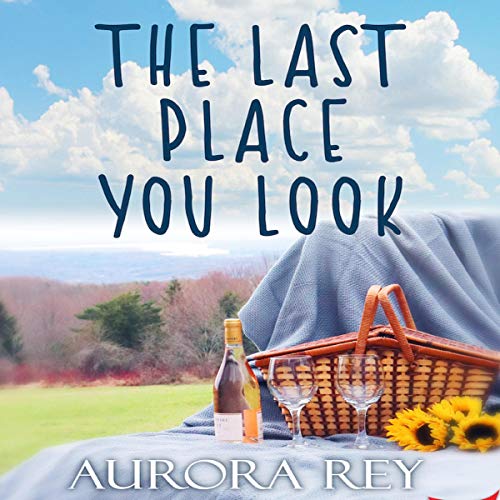 The Last Place You Look

Written by: Aurora Rey
Narrated by: Keira Grace
Try for $0.00

Julia Pierce can think of nothing more humiliating than her wife of eight years leaving her for her personal trainer. Oh, wait. She can. Without a career or a place to go when that exact thing happens, she’s forced to move home and take a job at her family’s winery.

Taylor Winslow has been in love with Julia since tenth grade. Not the desperate, pining sort, but the kind that never really went away. When Julia reappears, Taylor has a chance to finally win her heart. The only problem? Julia’s hell-bent on making up for lost time by dating every eligible lesbian in town.

Signing on as Julia’s wingman may land Taylor in the friend zone for good, but it’s a gamble she’s willing to take. With Taylor in her corner, will Julia find love, and herself, where she least expects it?

What listeners say about The Last Place You Look

It drags a bit here and there. We don't really need to hear the mundane details of what people did in their day. I think at times this story is hot and interesting and others rather dull. I wish the authors of these books would understand that lesbians don't gushingly support every single queer trend out there - in this case, drag queen reading hour at the children's library. Very strange to stick that in a lesbian romance and something that concerns me quite deeply in real life.

Such a funny and endearing book. Love that the characters are beautifully flawed. A gorgeous woman can be talented, sexy, funny and yet ridiculously insecure. Great story Aurora Rey and brilliant narration Keira Grace. ❤️

Maybe it's the country girl or a hidden streak of Southern sweetness in this upstate New York author, but I absolutely love the depth of her characters and the way her stories peel away their fears and self-doubts. This latest book, in my opinion, is one of her best. Femme character returns to hometown with divorce papers and a suitcase full in insecurities. She runs into that girl she wouldn't hang out with in high school because she "looked too obvious," only now she's a beautiful butch, who has soft heart and can be a sexy tiger in bed. Don't miss this one.

A Perfect Mix of Low-Angst and Loving

I listened to this one while walking the doggo as always, and I find the time just drifts by when I've got an Aurora Rey story in my ears. I should point out that I really enjoy the performer, Kiera Grace, and it's almost like listening to an old friend at this point, dropping by to tell me another story of some people she knows and how they fell in love.

The Last Place You Look has quite a few balls to juggle, but they're the perfect mix of low-angst, home-town vs. big-city, finding yourself after a big fall, and starting over with a passion that was tucked aside for the wrong reasons (and the wrong person). We've got Julia, who is living through one of the worst kinds of life-changes: her wife dumped and replaced her and basically kicked her out with nothing. Julia has zero options and heads back home to the town she pretty much ran away from to be with her ex-wife, returning to a family she's not sure ever really "got" her or saw her as much more than a disappointment. It's a lot to feel, and a lot to face down in a "I will prove them wrong" sense, especially while hurting. She ends up in her grandmother's house (her grandmother has passed, but the family hasn't sold the house yet), and in the process of trying to figure out how to repair a window screen, bumps into Taylor, who she kinda-sorta knew in high school.

I mentioned this while I was listening to the book, but Taylor is another example of something Rey does so incredibly well (and, frankly, something I see done so much better in women-loving-women stories), and that's nontoxic masculinity. Rey often explores femme and butch women, and Taylor definitely ticks the butch checkboxes, but it's the specifics of how she does so that I'm talking about here: when faced with a fix-it moment where Taylor is helping Julia with said window screen, there's a moment where Taylor asks what exactly Julia wants here: help, or for Taylor just to fix it. It's such a simple moment, but it's so telling: offering mentorship, rather than "move aside, princess, I got this" shown as somehow a positive, when it's really not. Taylor is the opposite of an alphahole, with exactly the skillset as so many rural alphaholes I've read in heterosexual romances. It's competence without arrogance, and it's so damn refreshing. She builds Taylor up without looking down at her. Also, I loved Taylor's gay brother and his support throughout—it's an ongoing gripe of mine how rarely you see the rest of the LGBTQ+ community in so many romances with LGBTQ+ characters (though that's more often the case in books not written by ownvoice authors, and even moreso in m/m), so the casual mentions of Taylor's gay brother, his husband, the local drag queen story hour... it creates verisimilitude.

Add all of that alongside some scorching consent-centred sex of a variety of flavours, and you've got what I've learned to expect from Aurora Rey: a truly satisfying story of two women falling in love, surrounded by good people, making connections, and coming into their own with help from each other.

I really enjoyed the book and the narration was great! It is so true that love, true love can be right in front of you and it’s the last place you think to look. A sweet love story!

This is a well written book, i loved the characters especially Taylor. It ended well and narration was a fit.

This book had a great storyline that kept me wanting to know what happens next finished in one day.

Cute has a delightful flow to it and Keira Grace narration is alway 5 stars.

I enjoyed this light romantic tale. The story was not complicated and easy to follow. The narration was good the characters interesting. Lots of sexual tension with graphic descriptions for those who like that addition..

I would recommend this book.