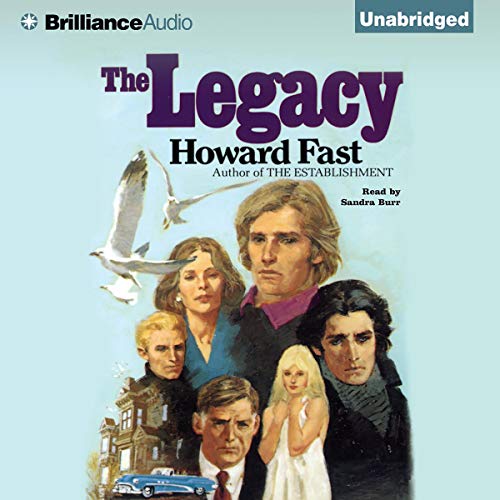 Written by: Howard Fast
Narrated by: Sandra Burr
Try for $0.00

The Legacy continues the saga of the Lavette family begun in best sellers The Immigrants, Second Generation, and The Establishment.

This fourth-in-series story takes place during the turbulent 1960's as Barbara Lavette and her family are embroiled in the issues of that decade: Civil Rights, Israel's Six-Day War, the Nixon years, Vietnam, and riots in the street. Barbara Lavette develops into a powerful, strong willed, capable person while the children of the third generation of Lavettes take their place in society and stand by their own ideals and values.

The Legacy will capture listeners with its involving story and leave them wanting more!

What listeners say about The Legacy

The luster is fading....

The journey is starting to get boring... The only reason I am continuing is to see what lies at the final destination...