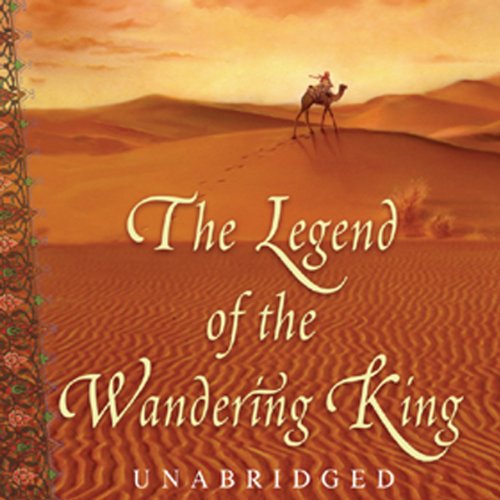 The Legend of the Wandering King

Walid was a model prince: handsome, intelligent, and skilled in both warfare and poetry. But the kingdom boasted one greater poet than he, and out of jealousy Walid cursed the man to create an impossible work of art: a carpet showing the history of the entire human race. The poet died weaving it. Men went mad seeing it. And when it is stolen, Walid discovers his life's quest: to recover the carpet and earn forgiveness for his mistakes. His journey across the deserts of the Middle East leads him from a tribe of fierce bandits to a beautiful woman and finally to his own surprising destiny.

Inspired by the true story of a real prince of pre-Islamic Arabia, The Legend of the Wandering King is an original historical fantasy and an utterly thrilling adventure.

This text was translated by Dan Bellm.

"This beautiful symmetrical tale of the possibility of redemption, of fate vs. free will, of the necessity of heart in art, will enthrall readers young and old." (Kirkus)

What listeners say about The Legend of the Wandering King

I didnt know any if the legends that this book was based around but it was an amazing read.. For a shorter read compared to other books this one seemed like it had far more content than they.