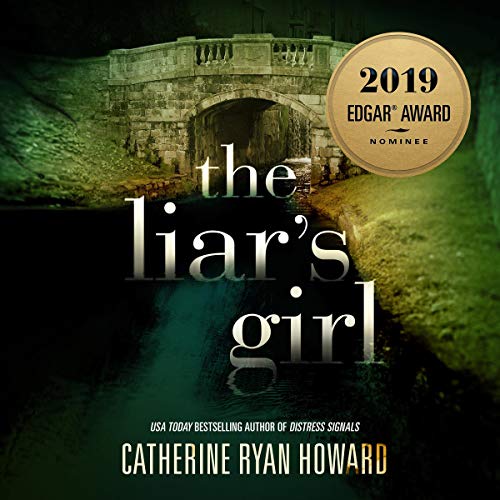 Will Hurley was an attractive, charming, and impressive student at Dublin's elite St. John's College - and Ireland's most prolific serial killer. Having stalked his five young victims, he drowned them in the muddy waters of the Grand Canal. Sentenced to life imprisonment when he was just 19, Will is locked away in the city's Central Psychiatric Hospital.

Freshman Alison Smith moved to the Big Smoke to enroll in St. John's and soon fell hard for Will Hurley. Her world bloomed...and then imploded when Liz, her best friend, became the latest victim of the Canal Killer - and the Canal Killer turned out to be the boy who'd been sleeping in her bed. Alison fled to the Netherlands and, in 10 years, has never once looked back.

When a young woman's body is found in the Grand Canal, Garda detectives visit Will to see if he can assist them in solving what looks like a copycat killing. Instead, Will tells them he has something new to confess - but there's only one person he's prepared to confess it to.The last thing Alison wants is to be pulled back into the past she's worked so hard to leave behind. Reluctantly, she returns to the city she hasn't set foot in for more than a decade to face the man who murdered the woman she was supposed to become.

Only to discover that, until now, Will has left out the worst part of all.

What listeners say about The Liar's Girl

Better than I could have expected! The plot really kept me guessing and kept me listening!

The Liars Girl captive, keeps you on your toes, suspense at every turn, excellent narrations.

Absolutely captivating book. It took me just a few days to get through this book, I couldn’t put it down. The twists and turns in the plot are amazing. There are multiple actors narrating the book, it’s a great production. Definitely would highly recommend.

I should have paid more attention to the title!

I did not figure out who dunnit at all! Loved the twist at the end! Wonder what will become of Allison? I enjoyed the characters and their relationships. The story by Catherine Ryan Howard was well done, and so was the narration by Alana Kerr Collins, Alan Smyth, and Gary Furlong. There was some difficulty with the recording that the editors missed, which I why I gave a 4/5 stars for performance. Otherwise, I'm on to the next one: The Nothing Man.

If a suspect IS guilty, there are NO discrepancies!!!

Overall, this is a well-written book, well-plotted, and interesting.
HOWEVER, the main, senior detective in the criminal case states something that is the OPPOSITE of truth. He says that “There are always discrepancies.” in evidence gathered against actually GUILTY suspects. As a Criminologist, I can tell you that it’s NOT true. As proven in so very many cases of wrongful conviction (of which there are vastly more than most people realize), discrepancies in evidence against a suspect = the suspect is NOT guilty. It’s rather a huge DUH.

Additionally, in a criminal case, once investigators are convinced that a particular suspect IS guilty, those investigators NEED to do all they can to find evidence that the suspect is NOT GUILTY. If none is found, then there is a much lower chance of criminally charging an innocent person. Not a zero chance, but a much lower one. Unfortunately, it is systemic that police and other criminal investigators embody “confirmation bias”: once they believe that a suspect is guilty (or even that a person SHOULD be a suspect), they tend to interpret evidence as proof that person is guilty, and to ignore evidence that suggests that person is NOT guilty. Also, it is EXTREMELY systemic that, once police and other criminal investigators believe that they have found the guilty person, they put a halt to enquiries that had been in process. That is VERY sloppy investigating, and VERY likely to leave IMPORTANT evidence (including re connections between victims and/or suspect[s]) undiscovered. OBVIOUSLY, this = evidence showing that the “confirmed guilty” suspect is NOT guilty, and/or that a specific someone else very likely IS guilty.

I like the book and would definitely read other books from the author. The ending while complete felt a bit rushed. I found the performances good and unlike others didn't have issue with the person reading for Allison. I found the voice worked for her.

If you think this book might be of interest to you, you should read it. It really is a great book. The overall writing and story was good with only a few hiccups, until the end. It’s not a bad end, it’s not a end that makes the book not worth reading. I was actually presently surprised at the ending. However, I was left wanting more, particularly it left me wanting to know how the lead character ended up and what was next for her. I also have no idea what various reviews are referring to re: the female narrators voice changes, I simply noticed none. Read this on a whim, glad I did, will absolutely recommend to others.

The story was quite interesting and the book was well written. Unfortunately it was spoiled by the narrator of the main character; her voice would often increase in both pitch and volume in the middle of sentences. I found that to be very distracting.

Great book and light listen. Kept me interested! I will read another for sure.

it was a good book. the pace was very good, I never felt bored while listening. I didn't really love the woman's narration just because of the up and down of her tone, and it had nothing to do with being Irish, I love and Irish accent. it was more like going up and down hills listening to her. the only other thing I didn't really love, was the wrap up at the end, with Allison just rapid firing questions to the cop. it just seemed like it was trying to wrap it up quickly. having said that, I really did like this book and I liked the bit of a surprise ending. I would read another one from this author 😊

CRH has been on my TBR list for a long time, but I've encountered so many BAD, over-praised crime novels lately I just kept saying Oh not now. Then out of boredom I tried it and I'm so glad I did! Loved this book.

It was a total pageturner. The mystery was fantastic and compelling. The tension is wound tighter and tighter--even though it is a very bare bones, simple story. A girl investigates a crime, and that's it. The simplicity is what I loved about it. There is nothing extraneous, no unnecessary padding, no red herrings, I am so sick of crime stories that feel they have to go all over the place and pad everything with endless descriptions and tangents. This was to the point and the tension never let up. At the same time, it is a psychological thriller in a way. The main protagonist gets more and more interesting and sympathetic and is as much a part of the tension as the plot. Again, simplicity. Just one girl, but by the end we get to care a lot about her and know her very well.

I finished it in less than 24 hours. Could not stop listening. Had to find out what happened.

The writing is very nice. Not out of the park excellent, but very good. There's a bit too much of meaningless, unnecessary fillers like "I frowned." "I shook my head." Get rid of that stuff. Not necessary. It needed a bit pf pruning, that's all, otherwise great.

The performance is fine, except the recording is absolute shite. Even with the sound cranked up to the max it was still hard to hear.

Looking forward to reading ALL her stuff now!

I think this book was very well written. I just did not feel sympathy for Alison. I liked will and everyone knows a jellyfish like Liz. I just didn’t care for poor little Alison. I get emotionally triggered by false confessions. I find tactics used to deceive and fatigue suspects to get confessions very disturbing. It is torture to listen to them. The mystery was well done and the freak circumstances coming together made for a very good plot.

I was very quickly engaged and listened in one marathon. Cleaned house and got things done while listening. Excellent story telling

i loved the twists and turns, and the characters come to life. It kept me guessing!

I love the writer's attention to detail

Fascinating characters. Vivid settings that you can actually imagine being part of. Most of all thought-provoking and detailed storyline. Definitely twists in the plot I was not expecting.

Possibly the worst female narration I have ever listened to. I only made a few chapters and then gave up. It was so annoying I couldn't concentrate on the story.

I’m a sucker for mysteries set in the UK, and Ireland in particular grabs my interest. I blame Adrian McKinty, my favorite author. Howard reeled me in pretty well from the start and kept me hooked throughout. Looking forward to more from this author.

Though the format of this book took a few chapters to get used to (switching from past to present each chapter), once I got the flow, this book really took me in. The story was great and the voice actors were extremely easy to listen to! Highly recommended!!

I surprised myself by figuring out a large part of the plot early on, but I still really enjoyed the story. The readers did a good job, but the editing could have been better, she kept cutting out at the beginning of most chapters. Worth the listen.