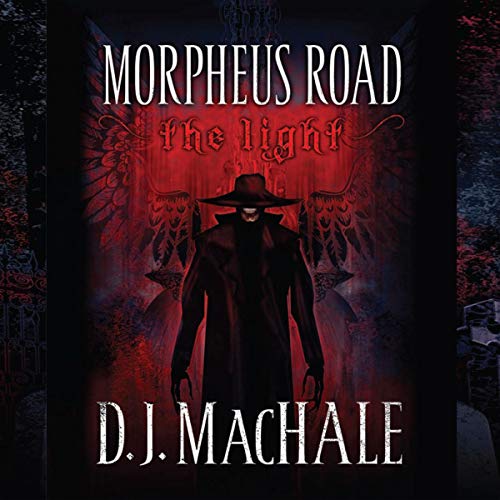 Marshall Seaver is being haunted. In the first installment of this chillingly compelling trilogy, 16-year-old Marshall discovers that something beyond our world is after him. The eerie clues pile up quickly, and when people start dying, it's clear that whatever this is - it's huge.

Marshall has no idea what's happening to him, but he's soon convinced that it has something to do with his best friend, Cooper, who's been missing for over a week. Together with Coop's sister, Marsh searches for the truth about what happened to his friend, ultimately uncovering something bigger than he could ever have imagined.

What listeners say about The Light

Referencing the Kingkiller Chronicle as Podehl's other work. He did a good job narrating. He has a good voice for male coming of age novels. 'Nuff said.

Probably my fault for not studying up MacHale's other work, but there was nothing about it in the description. For those not generally familiar with his work, this is definitely young adult fiction. I didn't know this so not long into it I found myself thinking, "what's with all the horror movie and awkward teenager cliches?"

After I realized that the book is for the young and I forgave all the trite stuff it actually turns out to be a pretty good story. There are some very enjoyable set pieces where the "monster" attacks. These are cinematically described and quite vivid. MacHale's words and Podehl's cadence during the mysterious revelation scenes is also quite engaging.

Unfortunately, one tool the author beats to death is Marsh's uncanny inability to predict his scene. I'm sure MacHale does this so the reader's surprise matches the character's, but it is so consistent that it's distracting. If he thinks something will go well, it becomes a catastrophe; if he thinks he's in trouble, he is saved; if he thinks she hates him, he gets a kiss. It is more predictable than gravity. Usually, there is very little contextual reason that Marsh should have his misconception. MacHale simply describes the misconception then "surprises" you with the opposite, over and over.

My hangup on the cliches and that particular device aside, I think I would recommend this book to a teenager looking to read a little light horror. The action is good; the mystery is good; and the story moves along at a steady pace.

Edge of my seat ride

Kept me waiting for what's next, great listen...
Highly recommend for anyone who needs to keep awake for the next twist

Would you consider the audio edition of The Light to be better than the print version?

Never read the book but very glad to have listened

What was one of the most memorable moments of The Light?

just finished the Pendragon series and wanted more. I got what I wanted in this book.

This book does a great job in keeping the reader at edge,; never knowing what might come next.

one of my all time favorites. this book series is absolutely amazing. I definitely recommend

This has always been my favorite book, and I didn’t know it was a series! It’s absolutely wonderful and it’s what inspired me to buy audible.

DJ does it again. prepare for a story that will keep you guessing before pulling the rug out from under you.

DJ Machale is amazing! Nick Podehl is the best narrator I have ever heard. Amazing story ill listen to it more than once i cant get it out of my head.