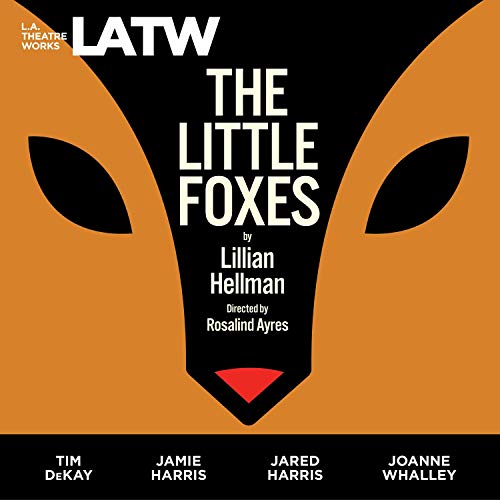 A scathing examination of a wealthy Southern family and the greed that tears them apart. Regina’s brothers have inherited their father’s wealth, while after years of neglect, her dying husband is determined to see she gets nothing. It will take every ounce of her ruthless guile to outwit her relations and assure herself a gilded future.

Recorded before a live audience at UCLA's James Bridges Theater in October 2018.

Will Brittain as Leo Hubbard

What listeners say about The Little Foxes

Such a wonderful performance of this play! It's a great listen. Too bad it goes so fast.

Too Little. Too Long.

This play is about the wealthy and how they destroy the earth and those around them in order to line their pockets. It's about how having money leads to a cycle of needing money but also a reduction in happiness. And about what it takes in other to break from that cycle. It takes a willingness to be uncomfortable and to live with fear of the unknown. But don't we all know that already? In two hours I wanted more to be revealed about the human condition. I gained all I was going to get from this play within the first half. it just... didn't have much to say.

Other than the writing, the production is good. Fine performances, pacing, sound, etc. If you are looking to for a version of this to review for school - it's a fine choice.