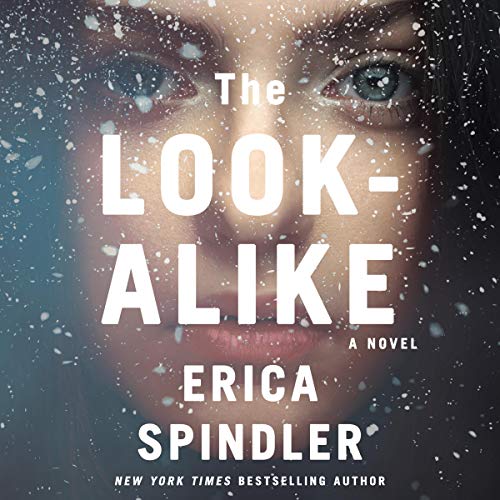 Written by: Erica Spindler
Narrated by: Tavia Gilbert
Try for $0.00

From Erica Spindler, the New York Times best-selling author of The Other Girl and Justice for Sara comes The Look-Alike, a thrilling psychological drama about a woman who believes she escaped a brutal murder years ago - but does anyone else believe her?

Sienna Scott grew up in the dark shadow of her mother’s paranoid delusions. Now, she's returned home to confront her past and the unsolved murder that altered the course of her life.

In her mother’s shuttered house, an old fear that has haunted Sienna for years rears its ugly head - that it was she who had been the killer’s target that night. And now, with it, a new fear - that the killer not only intended to remedy his past mistake - he’s already begun. But are these fears any different from the ones that torment her mother?

As the walls close in, the line between truth and lie, reality and delusion disintegrate. Has Sienna’s worst nightmare come true? Or will she unmask a killer and finally prove she may be her mother’s look-alike, but she’s not her clone?

“In a word: riveting. An intense psychological thriller about love, betrayal, mental illness, and fear; a twisty, atmospheric suspense that will have you questioning the troubled heroine and flipping pages to find out what happened. Spindler is at the top of her game." (Allison Brennan, New York Times best-selling author)

What listeners say about The Look-Alike

COULDN'T GET PAST THE FIRST TWO CHAPTERS

OMG..... the voice of the narrator is like nails on a chalkboard!! Grates on my brain! She's shrill, whiny and nasty all at the same time. I don't know if this was a good book or not....... I had to quit after two chapters.

I preordered and was so excited. Who the heck released this?!?!??? The narrator-this is awful

A great book with lots of twists and turns! Great character development and great dialogue between the characters. Narrator was perfect!

I listened to the Audible version of the book. I don’t think I would have finished the book, or I might have skipped to the end to see if my theories were correct.

THE LOOK-ALIKE had no shortage of plausible suspects because nearly every male in the story acted like a controlling misogynist. First off, Sienna’s mansplaining know-it-all older half brother. I found nothing likable about him and questioned their dad naming him as caregiver for Sienna’s mentally ill mother. Next suspect the flirty cop, who was campus security when Sienna found a murdered college classmate ten years earlier. Then we have the new neighbor, who arrived on the scene when Sienna returned home after a decade living in London.

Erica Spindler did a good job executing the investigation of the murder and I liked that THE LOOK-ALIKE had three suspects who easily could had had a motive to kill the college student. Where Spindler failed was character building. None of the characters has much dimension.

The narration felt a little spoilerish without neutrality to the suspects. It let me know who to dislike before I figured out on my own, which I would have quickly.

THE LOOK-ALIKE is fairly forgettable. Not terrible, enjoyable enough though not worth wasting money on.

a great "who done it"

love it! kept on the edge ! surprise twisted ending. I recommend this book! awesome

This was an awesome read! Had me crying over the characters and the storyline. Had me guessing and re guessing on the killer.

the plot was different and kept you thinking there were different suspects until the end.

Erica Spindler never disappoints!!! This was suspenseful and gripping, I definitely recommend. Its a quick read!