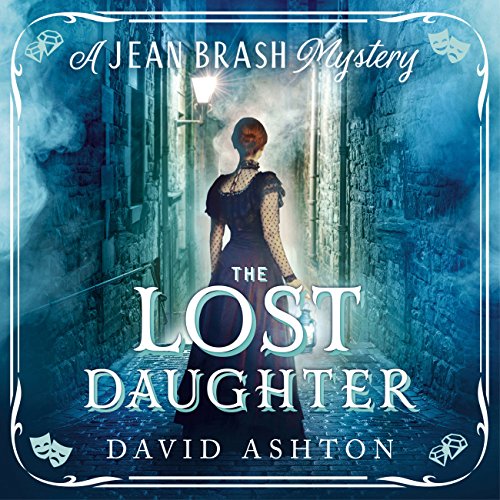 After Mistress of the Just Land, the second adventure in David Ashton's Jean Brash series....

A theatre company arrives in Leith to perform King Lear. A robbery is planned, a gruesome murder committed, both of which set Inspector James McLevy on the prowl, and Jean's past returns in the shape of the avenging son of a man she has long ago been accused of poisoning.

Even more lethally, her own lost family life resurrects in the present, as a wild young actress who trails violence and death behind her, involves Jean in a dangerous complex game that gnaws at the very root of her identity.

All this grounded in Leith's gritty backdrop - the rich exotic world of the theatre meeting the harsh reality of the streets.

Past, present and future - this unholy trinity collide to overwhelm the world of Jean Brash and involve her in a tale where the abandoned child inside her demands the right to grieve as well as feel some fractured, fleeting joy.

By the end, a chapter of Jean's life may close and a new future might be signalled in other lands and other countries....

"Jean Brash is my favourite character, and David Ashton's writing is as delicious, elegant and compelling as she is." (Siobhan Redmond, Jean Brash in BBC Radio 4's McLevy series)

What listeners say about The Lost Daughter

Wow was disappointed in this one. Story is very complex and gratuitously violent and savage - much more than before. Tried to squeeze in a lot into this one story. Left one feeling rather flat by the end of it. Not sure where it’s heading now, if anywhere.