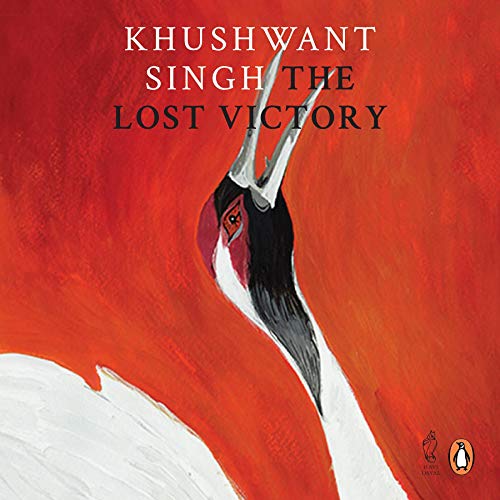 Written by: Khushwant Singh
Narrated by: Akshay Ghildiyal
Try for $0.00

The Lost Victory perfectly captures the cultural essence of 1942 and the urgency of this colorful and moving pageant of a nation about to throw off the yoke of foreign rule. Essentially, it is the story of Buta Singh, a shrewd and wily official working with the British, and of Sher Singh, his vain and ambitious son driven to rebellion against the foreign master. It is also the story of the women of the family - Champak, Sher’s beautiful wife, her wild passions bursting the bonds of century-old prohibitions, and Sabhrai, Sher’s mother, whose matriarchal strength sustains the family in its time of crisis. What happens to this family when a brutal and senseless murder sets father against son, wife against husband, is told against the background of an India torn by religious tension and fraternal strife.

What listeners say about The Lost Victory

This is a good driving book. It starts out a bit slow, but gets very interesting and engaging by the end - like a Jane Austen novel. It also has a lot of characters that take a bit to put in their right places - like Tolstoy. Overall, it is interesting and a different aspect on a different part of the world where WWII seems not to have been touched by German or Russian invasion. My biggest problem was the repeats due to poor editing.