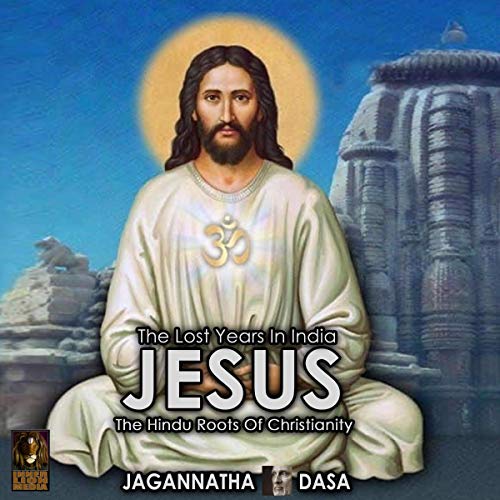 The Lost Years in India: Jesus

Over the centuries, the claim has repeatedly been made that Jesus Christ not only walked the earth, but also spent his early and post-crucifixion years in a variety of places, including Egypt, India, Great Britain, Japan, and America. Indeed, traditions maintain that Jesus, the great God-man of the West, lived, learned, loved, and died in such places. Popular modern literature also purports that Jesus sired children who then became the ancestors of various royal families of Europe, including France and/or elsewhere, depending on the author.

The allegation of Christ being a kingly progenitor is extremely convenient and useful for European royal families, obviously. Unfortunately for the European claimants, however, India also has a tradition that Jesus went there and likewise fathered children. So, too, does Shingo, Japan, allege that Jesus ended up there after the crucifixion, having children with a Japanese wife. Other tales depict Jesus “walking the Americas” or bopping about Glastonbury, England, with his “uncle”, Joseph of Arimathea. Not all of these tales can be true, obviously, unless Jesus is polymorphous and phantasmagoric, a perspective that in reality represents that of the mythologist or mythicist. To wit, regardless of these fables, or rather, because of them, the most reasonable conclusion regarding Jesus and where he may or may not have been is that he is a mythical character, not a historical personage who trotted the globe.

Produced by Devin Lawerence in Vrndavana.

Mixed and assembled by Macc Kay in Bangkok.

Special thanks to author Brandon Stickney.

Music by AudioNautix with their kind permission.

What listeners say about The Lost Years in India: Jesus

Sets out noble purpose in introduction, then destroys his own purpose, due to his own beliefs that Buddhists and Hindus were "pagans."
Says Jesus was, really, the first Mohammedan.