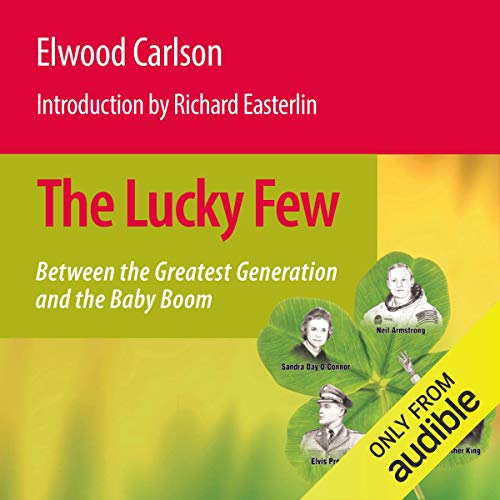 Between the Greatest Generation and the Baby Boom
Written by: E. Carlson
Narrated by: Nick Landrum
Length: 8 hrs and 27 mins
Categories: History, Americas

Born during the Great Depression and World War Two (1929-1945) an entire generation has slipped between the cracks of history. These Lucky Few became the first American generation smaller than the one before them, and the luckiest generation of Americans ever.

As children they experienced the most stable, intact parental families in the nation’s history. Lucky Few women married earlier than any other generation of the century and helped give birth to the Baby Boom, yet also gained in education compared to earlier generations. Lucky Few men made the greatest gains of the century in schooling, earned veterans benefits like the Greatest Generation, but served mostly in peacetime with only a fraction of the casualties; they came closest to full employment and spearheaded the trend toward earlier retirement. Even in retirement/old age the Lucky Few remain in the right place at the right time. Here is their story and the story of how they have affected other recent generations of Americans before and since.