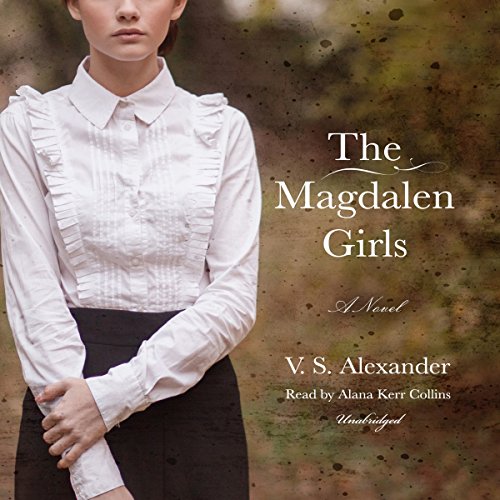 Dublin, 1962. Within the gated grounds of the convent of the Sisters of the Holy Redemption lies one of the city's Magdalen Laundries. Once places of refuge, the laundries have evolved into grim workhouses. Some inmates are "fallen" women - unwed mothers, prostitutes, or petty criminals. Most are ordinary girls whose only sin lies in being too pretty, too independent, or tempting the wrong man. Among them is 16-year-old Teagan Tiernan, sent by her family when her beauty provokes a lustful revelation from a young priest.

Teagan soon befriends Nora Craven, a new arrival who thought nothing could be worse than living in a squalid tenement flat. Stripped of their freedom and dignity, the girls are given new names and denied contact with the outside world. The Mother Superior, Sister Anne, who has secrets of her own, inflicts cruel, dehumanizing punishments - but always in the name of love. Finally, Nora and Teagan find an ally in the reclusive Lea, who helps them endure - and plot an escape. But as they will discover, the outside world has dangers too, especially for young women with soiled reputations.

Told with candor, compassion, and vivid historical detail, The Magdalen Girls is a masterfully written novel of life within the era's notorious institutions - and an inspiring story of friendship, hope, and unyielding courage.

What listeners say about The Magdalen Girls

Very well written and read. It is highlighting a very important aspect in the history. I am in Canada this nation also witnessed residential schools. Thank you for this beautiful book.

The narrator was great, and the factual basis for the story highly relevant; however, the characters were one dimensional & the plot at times clichee and improbable

Narrated great. Story line great. I really enjoyed this book. Hard to believe this kind of thing happened but it is coming out of silence now

Well read and performed. Story was somewhat unpredictable and certainly entertaining. The subject matter was new to me.

loved every minute of this audiobook! awesome narrator and beautiful haunting story that will not dissapoint.

Makes personal the years of injustice women have experienced. A reminder to guard or freedom fiercely so things like this don't happen again.

Not sure if it was the story or the narration, but it was not a good experience.

Heartbreaking story based on real life

I was taken with this story right from the beginning. I could not stop listening to it. The author has done a wonderful job.

The narrator has a beautiful voice and does a great job of the accents. I could listen to her all day.

The beginning is a bit slow but if you keep listening you won’t be disappointed.

As a History major, teacher, and Catholic, this book really got under my skin. I know that the double standard exists, but this book really threw it at you.
The story of the Magdalen Girls was so raw and real, and I'm sure the story of so many young women falsely accused throughout history. Definitely worth a second look.

What a awesome listen.

The Magdalen Girls brings you back to the 1960's in Ireland and shows you that not everything was better in the "good old days." This chilling and heart warming story had me up all nigh. VS Alexander's writing is phenomenal and so is Alana Kerr Collins' narration. I will be looking for more work from both of these talented people.

Rather abrupt wrap it all up in ten minutes ending. Not totally impressed with that

if there was a free second I was listening. the story was very interesting and the character development made me even more interested.

A WAY more boring version of Girls With No Names

This is the most boring book I’ve ever listened to. Thank God it was free! Girls With No Names was similar but way better. None of these characters have any personality. The only reason why I’m still listening is because I never quit a book before it’s over.

I really enjoyed this book. The narration is great and you get a real feel for each character. Not the quintessential fairy tale ending and I like the reality of it. Great plot! I highly recommend!

Couldn’t put it down.
So many twists and turns!
Highly recommend, and I’ll definitely listen to more books by Alexander

I remembered watching a movie similar to this maybe 20 years ago so I knew I found the topic interesting. While for me it drove home the point that you don't want religion so entangled in government, and what that power can do when used for bad acts, it also was a good personal journey story. I was definitely rooting for Teegan the whole way through, while feeling for Nora and her circumstances, and I liked Leah very much as well.
But you can't ignore the statement of the book and what it peels back about some tainted history. Using women as forced unpaid laborers, under the guise of "they're bad" is sick. It's made more sick because it was done under a false sense of doing right. And it's impossible to ignore the amount of power which men, men of the church in particular, had over any woman. You know there were Teegans in the past, sent away because of the feelings others could not control

This story was very Interesting ! I did not know about the facts this story was based on. But it turns out the catholic church had many things happen that were kept under wraps over the centuries. Although the characters are fictional....it was interesting how the author took the true facts and put it all together with her fictional characters, and how the twists and turnes all connected in the end. Just when I thought it was coming to conclusion something new occured and held me into a captivating focus to find out what else was going to unfold!