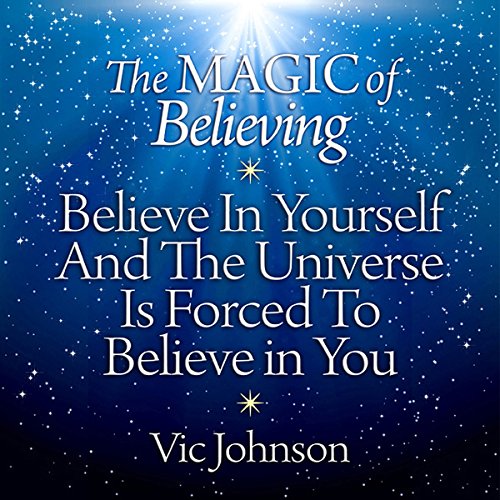 The Magic of Believing

Written by: Vic Johnson
Narrated by: John Meagher
Try for $0.00

Within you right now is the power to do things you never dreamed possible. In fact, the size of your success is determined by the size of your belief. Vic Johnson, an international expert in goal setting will teach you how to overcome and change your limiting beliefs, combine faith with action, and leave the old you behind.

Evicted from his home in 1996 and his last car lost to repossession a year later, Vic Johnson's story has become an oft-quoted source of inspiration to the more than 300,000 subscribers he serves worldwide. He is the author of a number of best-selling books, some of which have been translated into Japanese, Czech, Slovak, and Farsi. He has appeared in numerous video programs with Bob Proctor, Jim Rohn, Brian Tracy, Denis Waitley, and Mark Victor Hansen, among others.

What listeners say about The Magic of Believing

Many ppractical advices, many references to other books, many intresting anecdots.
Worth reading. . .

I just finished my 5th time listening to this book. I will listen to it many more! A perfect self improvement book for anyone looking to get more out of life!

great book I loved it

this is a great book I loved it and will listen to it again and will look for more books of this kind.

Am amazing read. It opens your mind on another level of thinking. It just proves what I am doing will change my future. And the things I really didn't do I will start. Great read

What disappointed you about The Magic of Believing?

I do love a self help book. This book had a lot of recycled material. Cut and paste book.

What aspect of John Meagher’s performance would you have changed?

He was fine, it was the content that lacked spunk.