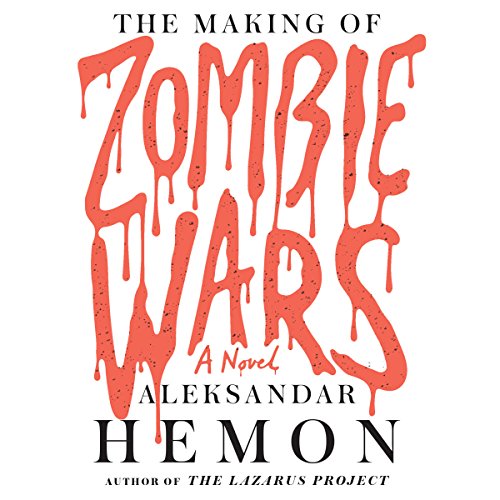 The Making of Zombie Wars

Written by: Aleksandar Hemon
Narrated by: Chris Patton
Try for $0.00

Script idea #142: Aliens undercover as cabbies abduct the fiancée of the main character, who has to find a way to a remote planet to save her. Title: Love Trek. Script idea #185: Teenager discovers his girlfriend's beloved grandfather was a guard in a Nazi death camp. The boy's grandparents are survivors, but he's tantalizingly close to achieving deflowerment, so when a Nazi hunter arrives in town in pursuit of Grandpa, he has to distract him long enough to get laid. A riotous Holocaust comedy. Title: The Righteous Love.

Script idea #196: Rock star high out of his mind freaks out during a show, runs offstage, and is lost in streets crowded with his hallucinations. The teenage fan who finds him keeps the rock star for himself for the night. Mishaps and adventures follow. This one could be a musical: Singin' in the Brain. Josh Levin is an aspiring screenwriter teaching ESL classes in Chicago. His laptop is full of ideas, but the only one to really take root is Zombie Wars.

When Josh comes home to discover his landlord, an unhinged army vet, rifling through his dirty laundry, he decides to move in with his girlfriend, Kimmy. It's domestic bliss for a moment, but Josh becomes entangled with a student, a Bosnian woman named Ana, whose husband is jealous and violent. Disaster ensues, and as Josh's choices move from silly to profoundly absurd, The Making of Zombie Wars takes on real consequence.

What listeners say about The Making of Zombie Wars

Entertainment Weekly recommended this book and the description sounded entertaining. Very unlikable lead character. Story goes nowhere. Truthfully, I'm not sure why I continued to listen.