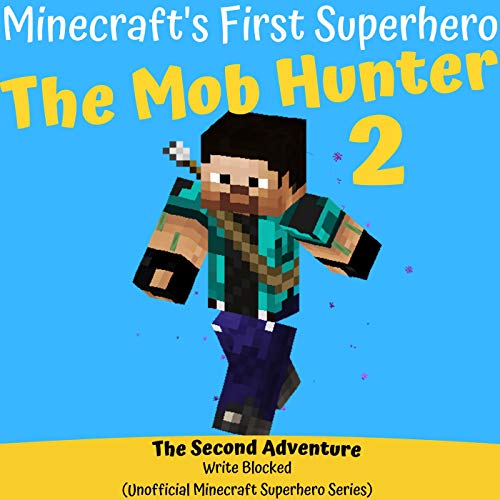 In The Mob Hunter 2, Herobrine heals in nefarious ways and new evil threatens Craft City, it is up to The Mob Hunter to hunt again. Still recovering from the harsh and damaging fight with Herobrine, The Mob Hunter must face one of his most dangerous tasks yet.

Get ready to meet new characters: both heroes and villains.

The mysterious Commander has arrived in Craft City. What does he want?

Not to mention the rise of a new machine: Robobrine.

Who will win in an epic battle between the Mob Hunter and Robobrine?

Don't Know Who The Mob Hunter Is?

Disclaimer: This book is an unofficial Minecraft fanfiction. It is not endorsed, authorized, sponsored, licensed, or supported by Mojang AB, Microsoft Corp., or any other entity owning or controlling rights to the Minecraft name, trademarks, or copyrights.

What listeners say about The Mob Hunter 2

A nice change of pace

This is an interesting story that basically boils down to The Mob Hunter fighting what is essentially a Hulk like villain. I highly recommend this to reluctant readers/listeners because it's filled with funny moments and fun action scenes.