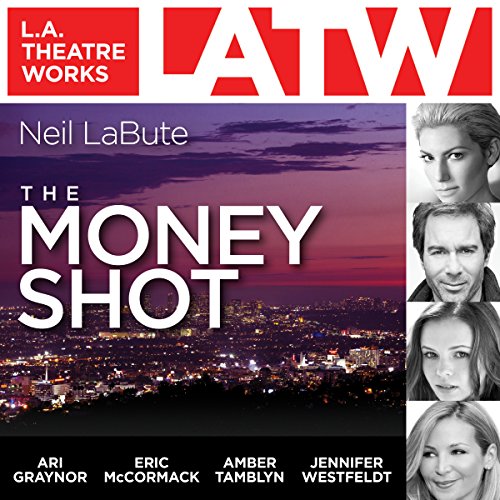 Desperate times call for desperate measures, and for aging Hollywood stars Karen and Steve that means agreeing to a shocking contractual clause. On the eve of a "climactic" day of shooting, they finally tell their significant others what's to come.

Written and directed by Neil LaBute and recorded before an audience.

What listeners say about The Money Shot

Neil LaBute is great...this cast made him better

This was a captivating story from beginning to end. But it’s the cast that completely bends the story to their particular characters will;Amber Tamblyn was absolutely genius in my opinion. She was sharp as a tack and delivered her lines with a crushing combination of brutality and sweetness. But honestly , for all we know of Eric McCormack as a star, don’t ever forget he is an equally brilliant stage actor and this proves it.

a fun passing of the time. entertaining, but not 'Deep theatre". listen if you're a theatre fan