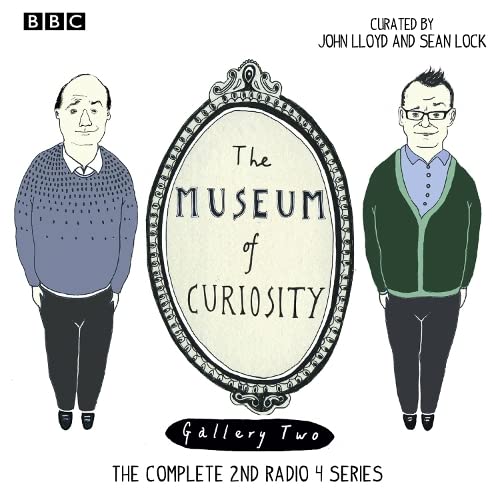 The Museum of Curiosity: The Complete Gallery 2

Sean Lock replaces Bill Bailey in this second series with Professor John Lloyd in a search for the universe’s most mind-boggling oddnesses. The Museum of Curiosity is BBC Radio 4’s monumental comedy edifice, and the only one with gargoyles in the foyer. It allows nothing inside unless it makes you scratch your head, stroke your chin or, at the very least, go ‘Hmm’. Secondly, it is almost completely empty. Fortunately, helping to fill its vacant plinths is a gathering of the world’s most original minds.

So listen in as Sean Lock, Brian Blessed, Alastair Fothergill, Ben Elton, Fran Beauman, John Gribbin, Alan Davies, Ronald Hutton, Jonathan Miller, Victoria Finlay, Arthur Smith, Richard Fortey, and many more agglutinate an exhibition of the wondrous and impossible that includes the beginning of the universe, the entire Battle of Waterloo, the real Father Christmas and a quite interesting, relatively new way of knotting a scarf.

What listeners say about The Museum of Curiosity: The Complete Gallery 2