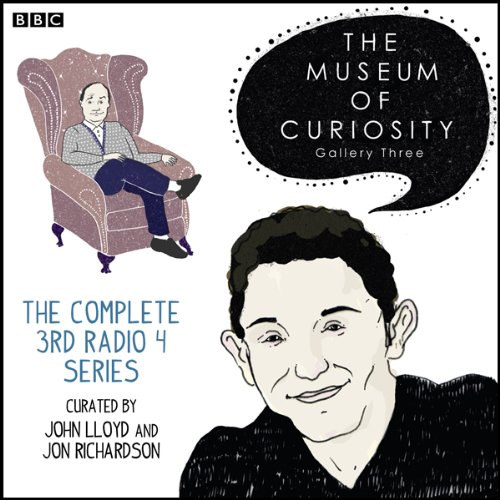 The Museum of Curiosity: The Complete Gallery 3

Prepare to have your synapses twisted into a string theorist's nightmare, as Professor Lloyd and his new curator, the startlingly insightful comedian Jon Richardson, hurriedly throw the dust covers off the Museum's clump of empty plinths for a brand new series of the BBC's most improving comedy panel show. This complete third BBC Radio 4 series features Neil Gaiman, Sarah Millican and fantasy novelist Sir Terry Pratchett, who offers us a Secret And Personal Extra Day Of The Week.

Shappi Khorsandi somehow finds herself in a position to offer none other than Charlie Chaplin and emergency guest curator Dave Gorman welcomes poet Ruth Padel, Madness frontman Suggs and Bo Selecta comedian Leigh Francis, who offer us the Great Exhibition of 1851, a tiger reserve and some Spider-Mans.

What listeners say about The Museum of Curiosity: The Complete Gallery 3