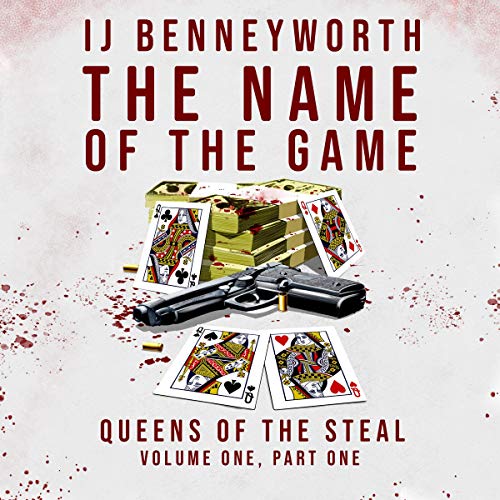 The Name of the Game

Written by: IJ Benneyworth
Narrated by: Jessica Duncan
Try for $0.00

Axel Archer was a retired soldier, family man, patriot...and the king of thieves. He used his training and expertise to pull off heists throughout New York City. At first, it was out of necessity to support his family - but then, because no other thrill could hope to rival it.

That was, until the day a single gunshot rang out. What was supposed to be a routine bank job spiraled into disaster. His four daughters - Cassidy, Delilah, Bethany, and Angie - were forced to scatter and assume new identities, trying their best to live new lives and forget about the past.

Five years later, tragedy causes the Archer sisters to return to New York to pick up the pieces of their shattered lives, reunite in a quest for vengeance, and uncover a conspiracy which has cost them dear.

They will take their father’s training and their own skills and qualities - from infiltration, to marksmanship, to getaway driving, to hacking - and adopt their own style. They will show New York that the heirs to the king of thieves are back in town, and the queens of the steal are just as worthy of the throne....

Queens of the Steal Volume One is an eight-part series of action-thriller adventures, ideal for fans of the crime and heist genres who enjoy quick and entertaining stories.

What listeners say about The Name of the Game

Love a book with a badass MC and this one has 4! Already well trained in the art of thievery 4 daughters go on the run after a group heist with their father goes wrong and he gets arrested.

Found the writing style of the author to be interesting. Story begins with family members in the middle of a crime. Problems occur and the father gets caught. Remaining family members separate to divorce themselves from father's crime. Each person creates an interesting life afterwards. Cliff hanger at the end will hopefully be answered in book 2! Narrator pulled me into the story with believable characters and accents.