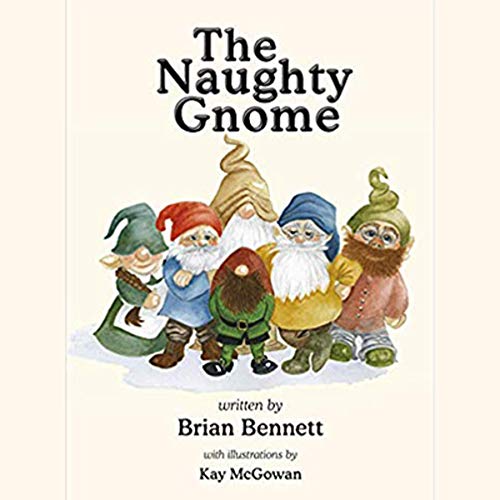 Written by: Brian Bennett
Narrated by: Martin Hussingtree
Try for $0.00

Mary Giddyup and her Golden Labrador Billy, just happened to be walking along the roadside when a small red racing car drove past. The passenger in the car threw something colourful out of the car window and called out, “Good riddance!”

Mary tutted to herself at the sheer lack of respect for the countryside as she watched the car disappear into the distance. As she neared the place where the item had been thrown out of the car, she came upon a small round object that was green in colour, lying in the middle of the path.
She stopped and gave it a tap with her toe as it rolled over and over down the path, Billy the Labrador pounced upon it and picked it up.

What listeners say about The Naughty Gnome