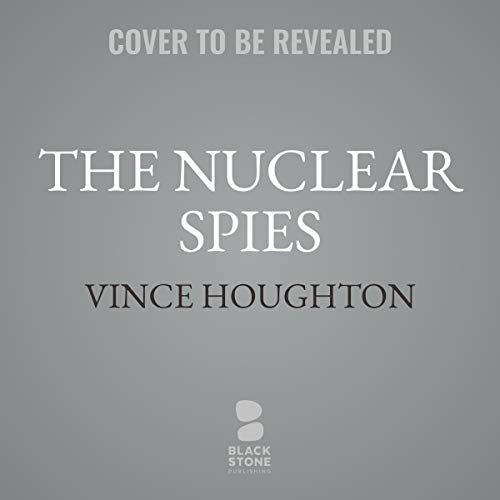 Written by: Vince Houghton
Narrated by: John Lescault
Try for $0.00

Why did the US intelligence services fail so spectacularly to know about the Soviet Union's nuclear capabilities following World War II? As Vince Houghton, historian and curator of the International Spy Museum in Washington, DC, shows us, that disastrous failure came just a few years after the Manhattan Project's intelligence team had penetrated the Third Reich and knew every detail of the Nazi's plan for an atomic bomb. What changed and what went wrong?

Houghton's delightful retelling of this fascinating case of American spy ineffectiveness in the then new field of scientific intelligence provides us with a new look at the early years of the Cold War. During that time, scientific intelligence quickly grew to become a significant portion of the CIA budget as it struggled to contend with the incredible advance in weapons and other scientific discoveries immediately after World War II. As Houghton shows, the abilities of the Soviet Union's scientists, its research facilities and laboratories, and its educational system became a key consideration for the CIA in assessing the threat level of its most potent foe. Sadly, for the CIA, scientific intelligence was extremely difficult to do well. For when the Soviet Union detonated its first atomic bomb in 1949, no one in the American intelligence services saw it coming.

What listeners say about The Nuclear Spies

Overall The Nuclear Spies was decent, not bad but certainly not great. I found it long and a bit dry at times. Very, very detailed about the setup/establishment of the spy operations against the Nazis, i.e. getting certain people into certain positions, on certain committees/boards/groups, etc. I was expecting more about post-war activities against the Russians. I listened to it on my drives to and from work and found myself hitting the rewind button a few times as my mind drifted elsewhere! I found that there was not a lot of detail on "spy activity" covered in the book. In addition to detailing the establishment of setup of the spy regime, the book focused on the overestimation of the Nazi atomic program and, to a lesser extent, on the underestimation of the Russian atomic program. Overall, a decent book, but different and less than what I was expecting.

There are no spies in this book that I could find but lots of tedious details such as the name and rank of anyone who appears even tangentially in the narrative. The narrative itself could have and should have been interesting and even fascinating but suffocated beneath poorly evaluated data without any apparent sense of what makes a story a story. Needs editing.

This is a solid telling of the nuclear espionage program of the US during WWII. It is more akin to a textbook in it's storytelling than some of the similar spy books of the era. If you're interested in this time period, it has some great information.

While the atomic intelligence effort is mentioned in other works, those books only hit the wavetops in this area. The present book fills in extensive details in depth on every area of intelligence associated with the Manhattan Project. While it gets a bit dry when covering post-war governmental organization, the exploits of the Alsos group in Europe are fascinating. Info on the Soviet nuclear program is also very interesting.

Good job by the reader throughout.

Overall the book was great! But it failed to answer a question that is unavoidable; “How WERE the Soviets able to develop the bomb so quickly?”. The author offers no fewer than five possibilities, yet fails to say or even speculate how. Still a very informative read but would have been five stars if the penultimate chapter had parenthetically answered the question.

Written with all the passion of a textbook. Mostly facts with a few random opinions thrown in.

The story was so full of details that it was a real struggle to get through. Large sections of the books just seemed like someone was reading a list in the most boring way possible. There wasn’t even any interesting stories about what happened. It is the driest book I’ve ever read. This is a subject I am very interested in and I couldn’t make it all the way to the end.

A lot of incredible, and dangerous, science was conducted by so many people during WWII.