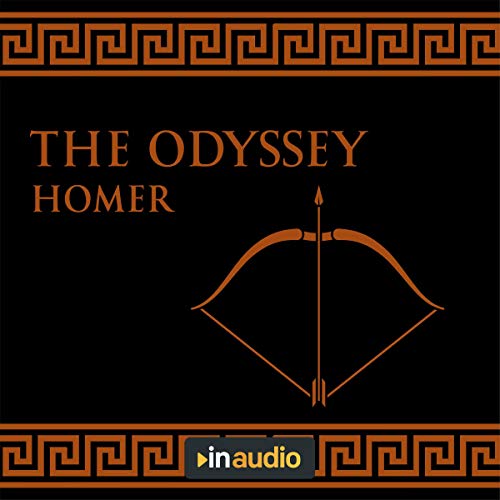 Written by: Homer
Narrated by: John Lescault
Try for $0.00

In his perilous journey home after the Trojan War, Odysseus must pass through the land of the Cyclopes, encounter Circe the Enchantress, and face the terrible Charybdis and the six-headed serpent Scylla.

Little is known about the ancient Greek oral poet Homer, the supposed eighth-century BC author of the world-read Iliad and his later masterpiece The Odyssey. These classic epics provided the basis for Greek education and culture throughout the classical age and formed the backbone of humane education through the birth of the Roman Empire and the spread of Christianity. If Homer did in fact exist, this supposedly blind poet was from some region of Greek-controlled Asia-Minor and recited his poems at festivals and political assemblies. The story of The Odyssey follows the journey of Odysseus as he travels home to Ithaca after the Trojan War.

What listeners say about The Odyssey