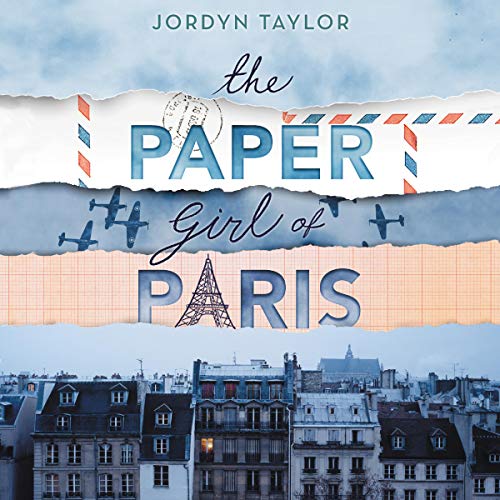 The Paper Girl of Paris

Written by: Jordyn Taylor
Narrated by: Liza Seneca
Try for $0.00

"Get ready to be transported to Paris in Taylor's incredible debut novel." (Seventeen, Editor's Choice)

Sixteen-year-old Alice is spending the summer in Paris, but she isn't there for pastries and walks along the Seine. When her grandmother passed away two months ago, she left Alice an apartment in France that no one knew existed. An apartment that has been locked for more than 70 years.

Alice is determined to find out why the apartment was abandoned and why her grandmother never once mentioned the family she left behind when she moved to America after World War II. With the help of Paul, a charming Parisian student, she sets out to uncover the truth. However, the more time she spends digging through the mysteries of the past, the more she realizes there are secrets in the present that her family is still refusing to talk about.

Sixteen-year-old Adalyn doesn't recognize Paris anymore. Everywhere she looks, there are Nazis, and every day brings a new horror of life under the Occupation. When she meets Luc, the dashing and enigmatic leader of a resistance group, Adalyn feels she finally has a chance to fight back.

But keeping up the appearance of being a much-admired socialite while working to undermine the Nazis is more complicated than she could have imagined. As the war goes on, Adalyn finds herself having to make more and more compromises - to her safety, to her reputation, and to her relationships with the people she loves the most.

What listeners say about The Paper Girl of Paris

Both Alice's and Adalyn's stories are captivating and the writing is so, so beautiful--lyrical even. I laughed and at times gasped out loud. I was continuously surprised and delighted by the mystery and the relatability of the characters. I was drawn in not only by the plot but by the history so carefully woven throughout the lives of Alice and Adalyn. I'm sure I must have learned about the French resistance in school numerous times, but I'll never remember it better and have felt it more than through the words of The Paper Girl of Paris. Absolutely lovely and highly recommended!

The narration was amazing to listen to. The accents felt just right.

I loved everything about this book, from the storylines to the performance! My favorite part was hearing about Adalyn's story and all that she did during the war. Going into this book I didn't know much about German-occupied France, so it was amazing to hear it from her perspective. I felt like was actually there with her. I felt her pain, her fear, her determination. It really captivated me and made me more interested in learning about the history behind everything.

One negative comment is that Alice's storyline felt kinda predictable, especially in comparison to Adalyn's. There were times where I felt like it wasn't as thought out, or as important as Adalyn's, but maybe that was the point. But none-the-less, I really loved this book and will definitely be listening to it again!

A new favorite of mine

This is a new favorite for me. It’s a mixture of lilac girls and Alice Network. The author did a great job in my opinion of blending the 1940s era France with the young American girl in modern day figuring out the mystery of her family. If you are a fan of this genre give this debut title a try!

Slow start. Really enjoyed Adalyns story but found myself board or irritated with Alice's story and always waiting and looking forward to getting back to Adalyn. Despite that I would still highly recommend the book.

Although this book is of a topic of horrid events, the story of the family and their passion through the generations is a beautiful one.

The burning flame of Paris

Tracing the history lines an unexpected love story unfolds along with family secrets.

I was so drawn in by both of their perspectives and their life stories. Well written.