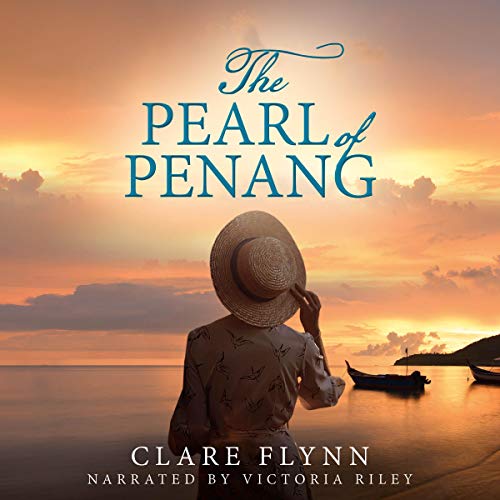 The Pearl of Penang

Written by: Clare Flynn
Narrated by: Victoria Riley
Try for $0.00

"Following the death of my wife, I am in need of support and companionship. I am prepared to make you an offer of marriage."

Evie Fraser, paid companion to a crotchety spinster, seems destined for a lonely life. Then, out of the blue, a marriage proposal arrives by post. She met the handsome Douglas Barrington just once - at his wedding - but never forgot him. Now widowed, plantation owner Douglas offers her a new life on the lush, exotic island of Penang. How can Evie resist?

But what are Barrington’s motives in marrying Evie when he barely knows her, and why is he so hostile and moody?

Evie soon finds herself pitched against Douglas on the one hand and the shallow, often spiteful world of the expatriate British on the other. Has she made the biggest mistake of her life?

Flynn’s 10th novel explores love, marriage, the impact of war, and the challenges of displacement, this time in a tropical paradise, as the threat of the Japanese empire looms closer.

What listeners say about The Pearl of Penang