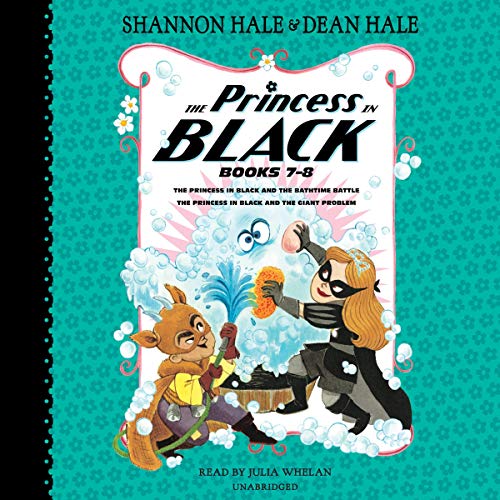 The Princess in Black, Books 7-8

Books seven and eight in Shannon Hale and Dean Hale's New York Times best-selling series take the Princess in Black on two of her biggest adventures yet!

The Princess in Black and the Bathtime Battle: The Princess in Black is in a very stinky situation. A foul cloud is plaguing the goat pasture, and it smells worse than a pile of dirty diapers or a trash can on a hot summer day. But every time the Princess in Black and her friend the Goat Avenger manage to get rid of the odor, they accidentally blow it to another kingdom! Other masked heroes and their trusty companions show up to help, but how do you battle a stench when your ninja moves fail? Fans with a nose for slapstick will be tickled to see the six stalwart friends join their wits to take on an impossibly beastly stink.

What listeners say about The Princess in Black, Books 7-8