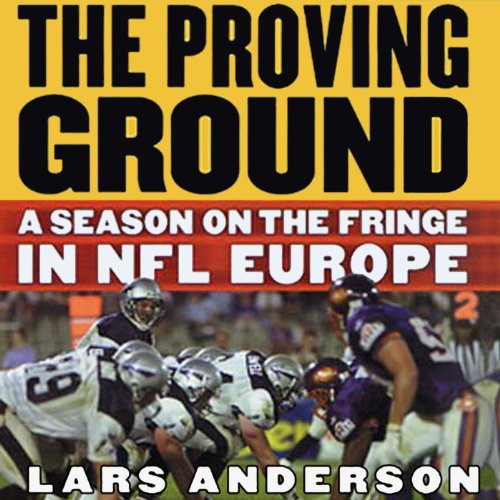 Life in the minor leagues of football, which NFL Europe has been aptly dubbed, can be funny, sad, profound and ludicrous all at the same time. At its heart, this six-team league is a short-stop away from either the glamour of the NFL or the bottom of the professional football scrap pile - a crossroads full of real-life drama where the joy of "making it" can be tempered by failure or injury with one misstep; where the difference between a multimillion dollar NFL contract and abject poverty may only be one play away. Just ask Super Bowl MVP Kurt Warner.

Author Lars Anderson brings to life the compelling drama of NFL Europe by spending a season with the Scottish Claymores. Anderson lives with the players at a hotel in Glasgow, Scotland, spending every waking minute with them - eating and heading out to the pubs as the Claymores make their championship run. Along with detailing the life and times of the Claymores, Anderson digs deep into the background of the players and coaches to help explain why some succeed and others fail in their quest to make it to that shining city on the hill - the NFL.

Through the eyes of Anderson, the listener experiences what it means and what it's like to be a football player in Europe. The men that make up the Claymores are the strength of this book - a funny and complex lot that face many of the same issues we tackle every day. An inspiring portrait of both new beginnings and bitter ends, The Proving Ground will shock and delight listeners, while showing them another side of the professional football player.

Of The Proving Ground, Frank Deford, award-winning author and commentator, says "Anderson deftly shows that you can take the football player out of America, but...he's the same creature, loving the game and scrambling for one more chance."

What listeners say about The Proving Ground