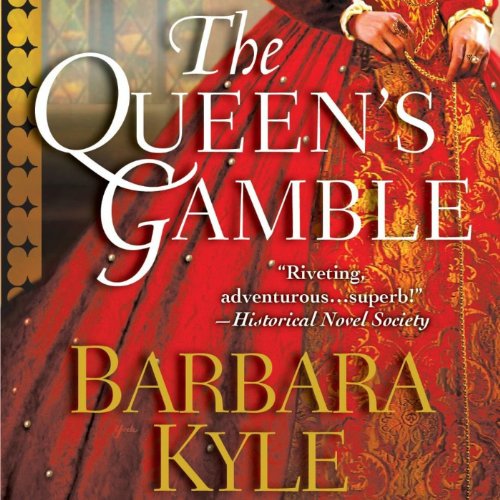 Young Queen Elizabeth I's path to the throne has been a perilous one, and already she faces a dangerous crisis. French troops have landed in Scotland to quell a rebel Protestant army, and Elizabeth fears once they are entrenched on the border, they will invade England. Isabel Thornleigh has returned to London from the New World with her Spanish husband, Carlos Valverde, and their young son. Ever the queen's loyal servant, Isabel is recruited to smuggle money to the Scottish rebels. Yet Elizabeth's trust only goes so far - Isabel's son will be the queen's hostage until she completes her mission. Matters grow worse when Isabel's husband is engaged as military advisor to the French, putting the couple on opposite sides in a deadly cold war.

If you could sum up The Queen's Gamble in three words, what would they be?

if you are not a history buff and are looking for a good novel with a historical setting this is series is a fun read.

kept my attention as i went about my household chores