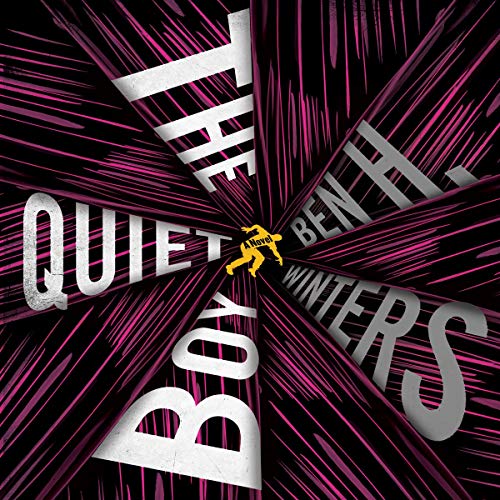 From the best-selling author of Underground Airlines and Golden State, this sweeping legal thriller follows a 16-year-old who suffers from a neurological condition that has frozen him in time - and the team of lawyers, doctors, and detectives who are desperate to wake him up.

In 2008, a cheerful ambulance-chasing lawyer named Jay Shenk persuades the grieving Keener family to sue a private LA hospital. Their son, Wesley, has been transformed by a routine surgery into a kind of golem, absent all normal functioning or personality, walking in endless empty circles around his hospital room.

In 2019, Shenk - still in practice but a shell of his former self - is hired to defend Wesley Keener’s father when he is charged with murder...the murder, as it turns out, of the expert witness from the 2008 hospital case. Shenk’s adopted son, a fragile teenager in 2008, is a wayward adult, though he may find his purpose when he investigates what really happened to the murdered witness.

Two thrilling trials braid together, medical malpractice and murder, jostling us back and forth in time.

The Quiet Boy is a book full of mysteries, not only about the death of a brilliant scientist, not only about the outcome of the medical malpractice suit, but about the relationship between children and their parents, between the past and the present, between truth and lies. At the center of it all is Wesley Keener, endlessly walking, staring empty-eyed, in whose quiet, hollow body may lie the fate of humankind.

"I get excited any time Ben Winters has a new book coming out. His writing is so intelligent, his worlds so inventive, and his novels have a rare combination of being equally entertaining and thought-provoking. I will read anything by Ben Winters, and am always eager to see what he does next." (Charles Yu, National Book Award-winning author of Interior Chinatown)

What listeners say about The Quiet Boy

Even if you enjoyed his previous work I wouldn’t waste time on this book. I found it utterly unconvincing and poorly written. I hesitate to use the word verisimilitude in this context but it’s absent—both the legal and medical content of the book are thin. I can’t tell you why I decided to finish listening.

The narrator reads exposition as questions, raising his voice on the last word. It's distracting and confusing.

Another winner from Winters

Every book Winters writes is a new world, a new universe, from The Last Policeman (policeman investigating a murder while the world ends around him) to Underground Airlines (21st century America, where slavery still exists) to Golden State (an alternate or future California where the only thing that matters is absolute Truth). Every new world is similar to our own but different in some fundamental way.

The Quiet Boy, however, is simply our world, but with one inexplicable event - a teenage boy who, after a head injury and emergency surgery becomes something new, something completely unexplainable. The world is fascinated, but of course slowly loses interest. The people directly affected, however, will never be the same.

I randomly selected this book and I'm glad I did. Drama and a bit sci-fi. excellently narrated.

Ben Winters is the bestselling author of Underground Airlines and Golden State, and the Last Policeman trilogy. This sweeping legal thriller chronicles the fourteen-year-old who suffers from a neurological condition that has frozen him in time, and the team of lawyers, doctors, and detectives who are desperate to wake him up.

Told from alternating perspectives, The Quiet Boy explores the tensions between justice and compassion, in heart-pounding prose. With clever plotting, and a knack for character, Winters expertly weaves a group of misfits together in a race to save themselves, and an innocent life.

This is a double-timeline book about at the same small group of characters 10 years apart. In 2009 teenage Wesley Keener gets a brain injury and after emergency surgery has an inexplicable condition. It's basically a walking coma. His mind is not there, and all he does is walk around slowly in circles. Inexplicably, he doesn't eat, excrete, grow or age. In 2019, with everyone still recovering from the way things unraveled a decade ago, intrepid and failed ambulance-chasing lawyer, Jay Shenk's son Ruben, who watched much of the earlier case unfold as a teenager, and now as an adult is enlisted by his father to gather evidence for the new case involving Wesley's father.

Incredibly well written, as are all Winter's novels, but I prefer the police procedural over the legal drama. I wanted to like Jay Schenk, because he is trying to do the right thing for the Keener family, but it's for the wrong reason. He wants to win the case against the doctors and hospital for the huge windfall of cash.

I think this one will make me think for a while and I might change my rating to a 5. Then again maybe it just approaches greatness with out quite making it over the summit Certainly worth your time and a credit.

The writing is well constructed and the plot has interesting elements, but it ultimately fell apart. The courtroom scenes are long, painful, and pointless. The attorney is gratuitously inept in a way that isn't credible, given his other character traits. Critical information/evidence isn't reported to police or anyone else by a character whose goal is literally to provide information for a court case, which makes the plot/author lose credibility (like he couldn't think of a credible device to advance the plot, so he used something ridiculous). Last, the sci-fi element of the plot is never developed in favor of focusing on the bland and ridiculous courtroom scenes. I finished the book, but sped it up to 255% normal speed for the courtroom and 175% for everything else.

I usually like psychological stories, but after six chapters (I tried to give it a chance), the story line was hard to follow and profanity of the F### word was prolific and took away with whatever story that was being told in my opinion. I stopped after the sixth chapter and decided it wasn’t worth wasting my time to bother with.

Liked the overall story and the narrator was great BUT the ending was very abrupt!! No real ending at all! Was very disappointing.

First time in a long time I had to fight to get through a book. The story line was unappealing to me and the story timeline confusing. Performance was great - good distinction between characters but the storyline was (for me) unintriging.