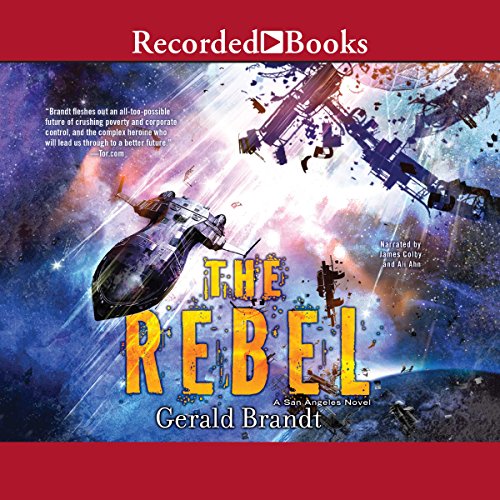 Kris Merrill is a member of a small insurgent group operating within a multi-level metropolis that stretches from San Francisco to the Mexican border. Her attempt at rescuing Ian Miller failed, leaving her alone and her unborn son without a father. The insurgents don't trust her, Kai has disappeared completely, and Pat is trying to control how Kris should mourn the loss of Ian.

Without the trust of the insurgents, Kris is relegated to low-level assignments for them, and trying desperately to keep her pregnancy a secret. She is alone.

War has started between the corporations. The people living in the lower levels of San Angeles have become the victims, starving and being rounded up to be soldiers in the war. Torn between working with the insurgents as they become more like the corporations they are fighting, and helping the people of the lower levels, Kris doesn't know what to do. Facing the return of an enemy who will stop at nothing to have revenge, Kris struggles with loss and discovering who she really is.

What listeners say about The Rebel