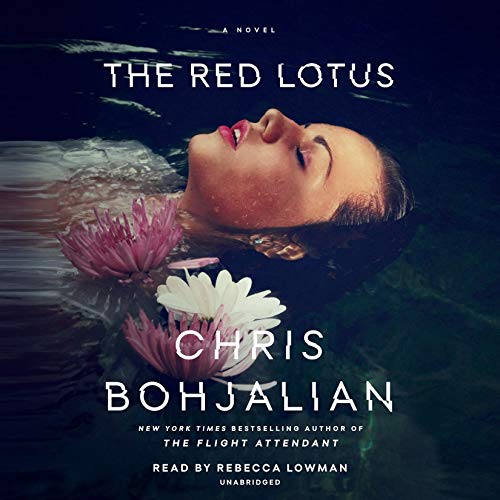 Written by: Chris Bohjalian
Narrated by: Rebecca Lowman
Try for $0.00

From the New York Times best-selling author of The Flight Attendant comes a twisting story of love and deceit: An American man vanishes on a rural road in Vietnam, and his girlfriend follows a path that leads her home to the very hospital where they met.

Alexis and Austin don’t have a typical “meet cute” - their first encounter involves Alexis, an emergency room doctor, suturing a bullet wound in Austin’s arm. Six months later, they’re on a romantic getaway in Vietnam: a bike tour on which Austin can show Alexis his passion for cycling, and can pay his respects to the place where his father and uncle fought in the war. But then Austin fails to return from a solo ride. Alexis’s boyfriend has vanished, the only clue left behind a bright yellow energy gel dropped on the road.

As Alexis grapples with this bewildering loss, she starts to uncover a series of strange lies that force her to wonder: Where did Austin go? Why did he really bring her to Vietnam? And how much danger has he left her in? Set amidst the adrenaline-fueled world of the emergency room, The Red Lotus is a global thriller about those who dedicate their lives to saving people - and those who peddle death to the highest bidder.

"[An] intricately plotted thriller...a diabolical plot reminiscent of a Robin Cook thriller. Each character, including secondary players, is carefully drawn, and Bohjalian keeps the tension high all the way to the surprising finale." (Publishers Weekly)

"Abetted by shifting points of view, seemingly disparate elements eventually converge to create a burgeoning sense of dread.... Tantalizing...Bohjalian manages to keep us guessing and turning pages until the very end." (Kirkus Reviews)

"In this tightly drawn, steadily hair-raising thriller, Bohjalian once again demonstrates his keen affinity for strong, capable female protagonists, while his masterful merging of setting and plot delivers a cerebral and dramatic dive into what happens when love turns to agony." (Booklist)

What listeners say about The Red Lotus

Wait till COVID19 has passed to read this one!

I didn't realize what this book was about till I got started and then I just kept listening which was not a great idea. I am an RN and live in suburbs of NYC where my kids and nephews are sheltering in place due to our area being the epicenter right now of the COVID19 epidemic. This book is about biologic warfare and a pandemic. NOT GOOD TIMING for anyone, especially me as a healthcare provider. I love the author and the book was good but again, it just added to my anxiety about the reality of what is currently going on. So, my advice is after this pandemic has passed, read it, but right now, dont let yourself get any more panicked than the media is making us.

The stuff of nightmares

If you’re squeamish, you might not want to read this one! The story itself is captivating although it’s especially difficult to separate the characters because the narrator has no voice range to assume the myriad of people involved. This is one book that really needed more than one narrator. I had no idea how the story would evolve. Without giving anything away, I’d caution anyone about reading it, especially at this particular time in our country’s history. It’s too close for comfort or a good night’s sleep. Extremely well written and plotted, it’s realism is the stuff of nightmares. I would have highly recommended it just a few months ago.

Chris Bohjalian is a genius. I've loved nearly every book I've read by him but this one did me in. No extraneous details and beautifully written. I was in tears through parts of this. If you are on the fence about this book, don't be. Put it at the top of your TBR list and dive in.

Spolier Alert here: Well written story. About a murder, a possible pandemic. So during Covid-19 times may not be the best pick. But I love his stories.

I am giving the story 2 stars only to distinguish it from the performance which was easily the worst among the >150 I have heard on audible. The plot was as obvious as it was contrived, the characters as unidimensional as a cartoon. There were perhaps two hour’s worth of ideas wrapped in 10 of sickly melodrama and digression. The ending was appropriate in that it was even more medically illogical than the rest of the book. Was this waste of time hurriedly thrown together to make its appearance during the COVID19 pandemic? At least that would explain its existence without justifying it, while the positive review in The NY Times is truly inexplicable.

As I started this, I didn't realize it would coincide with world events. At least that's my take on it. Thank goodness we don't have rats

This book started out with a bang, but midway through it began to drag for me. I became uninvolved in the storyline and often had problems keeping the many characters straight. By the end, I was just glad that it was over. I did enjoy The Flight Attendant a lot. Overall rating: 2.5 stars rounded up

Well written and suspenseful couldn’t put it down. Timely in both topic and characters. Bravo

Avid cyclist and as we are amidst a pandemic this got me hooked initially, but the characters became more stereotypical and the plot got dragged out to get to the logical (lol) conclusion. Comments on narration are apt. Don't regret listening, but hard to recommend with urgency.