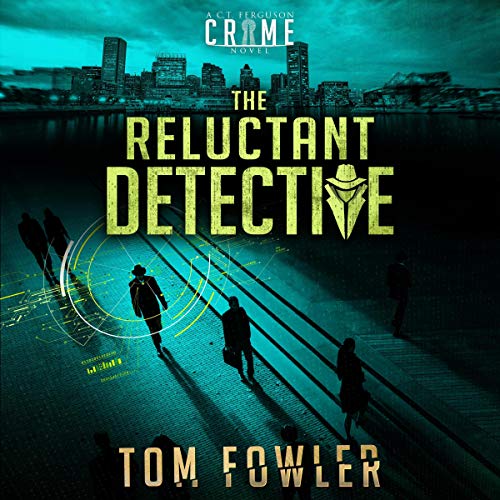 Written by: Tom Fowler
Narrated by: Anderson Graham-Brown
Try for $0.00

It’s C.T.’s first case. He wants an easy one. Instead, he gets Alice.

C.T. Ferguson spent years as a hacker. He lived in Hong Kong, working against the Chinese government. Then they found him, threw him in jail, and eventually kicked him out. In Baltimore, C.T. sets himself up as a private investigator. Then, Alice walks in. She’s sure her husband is cheating on her. C.T. looks into it, but isn’t convinced. He soon discovers Alice has serious problems of her own.

When Alice’s troubles get even worse, C.T. finds his own life in danger. With a liar for a client and enforcers hounding him, can C.T. prevent his first case from becoming his last?

What listeners say about The Reluctant Detective

The narration was the best part of this book. so so plot wise, no twist and a bit boring.

This book was unexpectedly wonderful. I didn’t want to stop listening. The narration was awesome and the characters unique. Looking forward to listening to the next book in the series.

Audio was full of hums, pops and clicks.

I enjoyed the book, the narrator was good, easy to listen to him tell the story. What we really amateur was the recording. It was full of hums, snaps, pops and hissing.