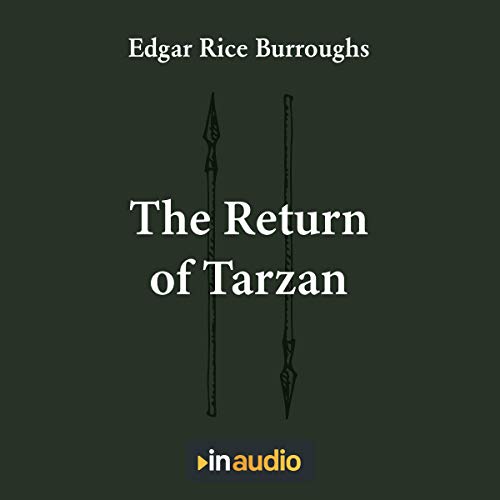 The Return of Tarzan

Experience the return of the man raised by apes in this unabridged InAudio production of The Return of Tarzan by Edgar Rice Burroughs, volume two in the Tarzan series.

In the sequel to Tarzan of the Apes, Tarzan has given up on marrying Jane Porter and is quickly dissatisfied with his life among human society. After facing several humans who scheme to kill him, he decides to return to the jungles of Africa to be in the environment he was raised in once more. Along the way, he hears rumors about a lost city of gold hiding among the trees and sets off with newfound friends to pursue the treasure, unaware of the dangers surrounding the lost city.

Tarzan’s adventures take him all around the jungle through perilous situations as he contends with his humanity, his desire to be with his love, and his place among the jungle society. Join this exciting Tarzan adventure and experience the fascinating look at what it means to find one’s true home and family.