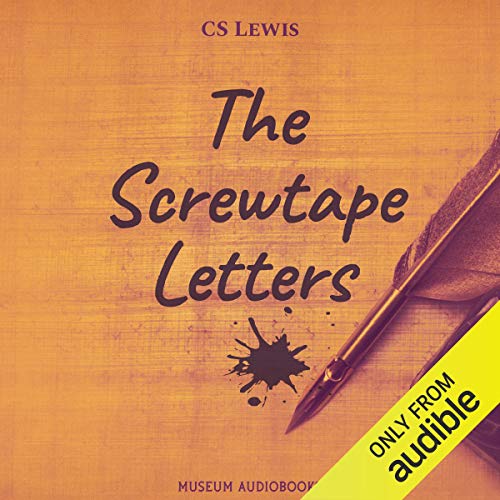 Clive Staples Lewis (1898-1963) was one of the greatest intellectuals of the 20th century and a highly influential writer of his day. The Screwtape Letters is a classic of religious satire. Humorous and witty, the text consists of the letters of a senior demon to a younger one, coaching him on how to capture the soul of a Christian. With a narrative simultaneously comic and serious, the book is an insightful account of temptation and how to resist it.

What listeners say about The Screwtape Letters

Brilliant, witty, and packed full of anecdotal jewels. short enough to cover in an afternoon and the oration is well suited to the content. Thoroughly enjoyed both the presentation and the story line. And in context to today's political environment Screwtape could be any number of political figures, actually they could give Screwtape some pointers.

A masterpiece that both believers and agnostics will enjoy. Clever and engaging, the author takes you into a journey to the depths of human psychology, will and conscience, where you will often recognize yourself, while he unwraps how a devil attempts to send a soul away from "the Enemy".- The one that gives eternal life.

I had to return another version because of the poor performance. This one is very good.

The only hic would be that, it is so packed of brilliant insights, that I had to stop every few minutes to add bookmarks and notes, to the point that I almost wish I purchased the paper version.