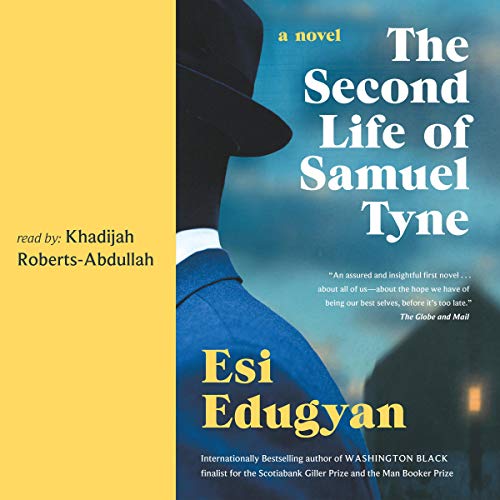 The Second Life of Samuel Tyne

Haunting and atmospheric, this debut novel portrays the heartbreak, hardship, and moments of surprising grace in the life of a man struggling to realize his destiny.

A young man of astonishing promise when he emigrated from Ghana in 1955, Samuel Tyne was determined to accomplish great things. Fifteen long years later, he’s an insignificant government employee who hates his job when he unexpectedly inherits his uncle’s crumbling mansion in Aster, Alberta. Despite his wife’s resistance and the sullen complaints of his 13-year-old twin daughters, Samuel quits his job and moves his family to the town. For here, he believes, is that fabled second chance, and he is determined not to fail again.

At first, Aster seems perfect - to Samuel, the formerly all-black town represents the return to a communal, idyllic way of life. But he soon discovers the town’s problems: a history of in-fighting, a strict town council, and a series of mysterious fires that put all the townsfolk on edge. When his daughters cease speaking and refuse to explain their increasingly strange behavior, Samuel turns more and more to the refuge of his electronics shop.

As his ambitions intensify, the life he has struggled so hard to improve begins to disintegrate around him, and a dark current of menace in the town is turned upon the Tyne family.

“A deftly constructed tale [with a] fiery climax...Edugyan’s story of one tiny, befuddled corner of the African diaspora is finally about all of us - about the hope we have of being our best selves, before it’s too late.” (The Globe and Mail)

“Powerfully written.... It is not surprising her stories should appeal to [Joyce Carol] Oates, because there is a similar feel to their work. Both drag the reader along on journeys they might not take alone, but won’t forget, however queasy they might feel afterward.” (The Hamilton Spectator)

What listeners say about The Second Life of Samuel Tyne

I did not find this book very exciting. The narrator tried to use different voices for characters which I found very annoying. I enjoyed this authors other book much more

an unforgettable story. I still feel as though the characters are alive. I miss Samuei.

Esi Edugyan’s great talent is evident here with memorable characters and individual scenes so carefully “painted” that I wlll never forget them.

The author’s ability to create tension and drive the reader forward almost edges up to the genre of horror.

Roberts-Abdullah’s voice was perfect, steady as the narrator and in a higher register just scary enough as the twins. this is an ideal audible book.

This book deserves rereading. I’m not ready to let go of the characters and would love a spinoff novel told by Amma, the girl who visits and adds stability to members of the family as it teeters on a precipice.

If you like this book, you must read Washington Black.