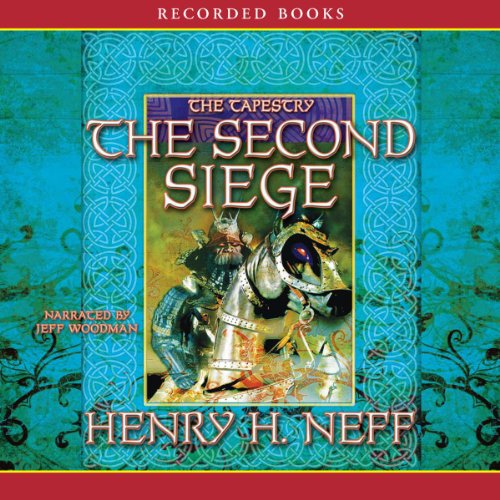 With the publication of his first novel, The Hound of Rowan, Henry H. Neff won a huge readership eager for more of his wildly imagined fantasy series.

In this riveting sequel, Neff expands on the world of his first novel and pens a work of even greater scope and complexity. When evil forces conspire to wield the Book of Toth, chaos breaks out - leaving the only hope for the future in the hands of the Rowan Academy's Max McDaniels and his trusted friend David Menlo.

What listeners say about The Second Siege

The first book drew from Harry Potter. That's a no brainer. This one though almost immediately gets *really* interesting and continues to be so. If you want Harry Potter and nothing else, just reread the first because this is no longer Potter. It might even be better. I know, I WENT there, but it deserves it. It was the most enjoyable listen I've had in ages. I hope you buy it. I know you'll like it. That is all.

Dissapointed but not disgusted

The main character is a bit of Mary Sue, with everything coming easy to him and in spades. This doesn't mean that he doesn't face hardship, but that it pushes a bit farther than my imagination could allow. Main character is mentally and emotionally a child, but towards the end feels more like an adult. I consider that perhaps a time jump between the first and second book would have been more appropriate for the story.

Wish this had come to the big screen, but I wished that for Percy Jackson too and that didn't end well.

I read all the books and like it better than Harry Potter and it takes place in the US. Now I am buying the audio books. The narrator really brings the books to life. I can imagine the people/places/etc thru his voice. Max and David have to grow up fast in book 2. They leave Rowan with Cooper and they are on the run—both looking for something and running from someone. This book is very fast paced were people change from who they seem to be and some change again. The ending leaves you in a rush to get the next audio book.

really good story and love the performance but the chapters are off, only issue everything else is great!!

Better than the norm. Most fiction is real blahhh.

Henry H. Neff is good. Really good. Audio is superb. Not the conventional warehouse junk nowadays that keeps getting vomited onto store shelves. This series definitely is more deserving of 5-star reviews and buys.

this is the second book of my favorite series of a

These are the best books ever, I love them and could not recommend them enough!

This book had so much great action that I couldn't stop reading it. Crazy Adventures!