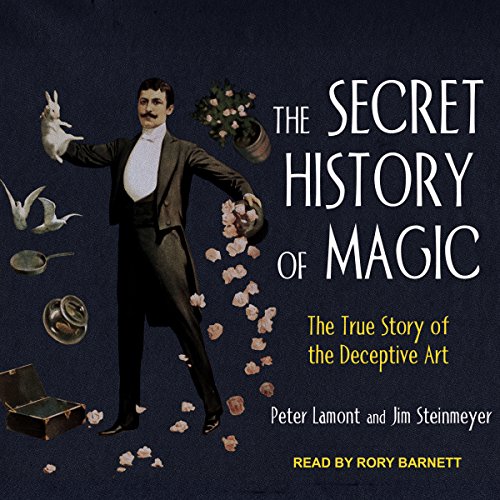 The Secret History of Magic

If you read a standard history of magic, you learn that it begins in ancient Egypt with the resurrection of a goose in front of the Pharaoh. You discover how magicians were tortured and killed during the age of witchcraft. You are told how conjuring tricks were used to quell rebellious colonial natives. The history of magic is full of such stories, which turn out not to be true. Behind the smoke and mirrors, however, lies the real story of magic.

It is a history of people from humble roots, who made and lost fortunes, and who deceived kings and queens. In order to survive, they concealed many secrets, yet they revealed some, and they stole others. They engaged in deception, exposure, and betrayal, in a quest to make the impossible happen. They managed to survive in a world in which a series of technological wonders appeared, which previous generations would have considered magical. Even today, when we now take the most sophisticated technology for granted, we can still be astonished by tricks that were performed hundreds of years ago.

The Secret History of Magic reveals how this was done. It is about why magic matters in a world that no longer seems to have a place for it, but which desperately needs a sense of wonder.

A very good history of magic. It is a bit bias towards magicians but that doesn't get in the way. As noted by the author, a lot of focus is on European magicians. Excellent job addressing some of the myths.

Get used to hearing Rubber Oodan!

If you are a magician, its worthwhile listening.
Robert Houdin gets a litany of coverage.

Repetitive, disjointed and boring. I really wanted to like this book, it was just painful to read.