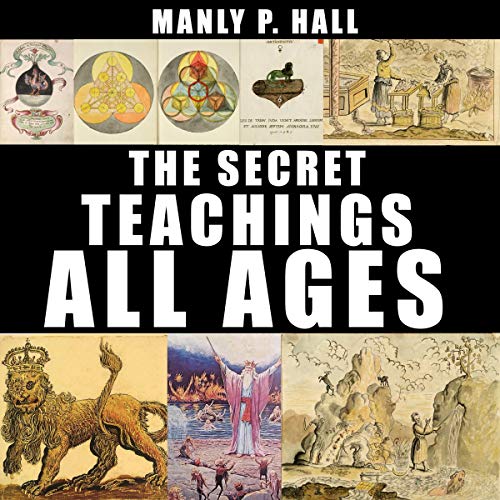 The Secret Teachings of All Ages

This key to the world's esoteric traditions unlocks some of the most fascinating and closely held secrets of myth, religion, and philosophy. Unrivaled in its beauty and completeness, it distills ancient and modern teachings of nearly 600 experts. Compelling themes range from the riddle of the Sphinx and the tenets of Pythagorean astronomy to the symbolism of the pentagram, the significance of the Ark of the Covenant, and the design of the American flag.

Acclaimed by Publishers Weekly as "a classic reference, dizzying in its breadth", this remarkable resource was compiled by the founder of the Philosophical Research Society. Author Manly P. Hall examines the secrets of Isis along with arcane aspects of mystic Christianity and other religions. Fascinating surveys cover topics as diverse as Kabbalah, alchemy, cryptology, and Tarot, along with Masonry, gemology, and the identity of William Shakespeare.

What listeners say about The Secret Teachings of All Ages

Hard to describe a Masterpiece , guess I'll leave it at that. know that sensitive information has been omitted for your...........

1st of all, I redownload this book thinking the reading was a technical glitch. Sadly, it's not, and that will have you questioning what you just heard and have to back up and wonder how much if the text did you just miss, or hear the reader modify the last few words.

Aside from the performance, this is an absolute Gnostic gem and philosophical review of both history and religion. Even if you do not seek Gnosis, this complete review of nearly every religion and it's basis is one that should be referenced time and time again as it summarizes many principal teachings in good measure.