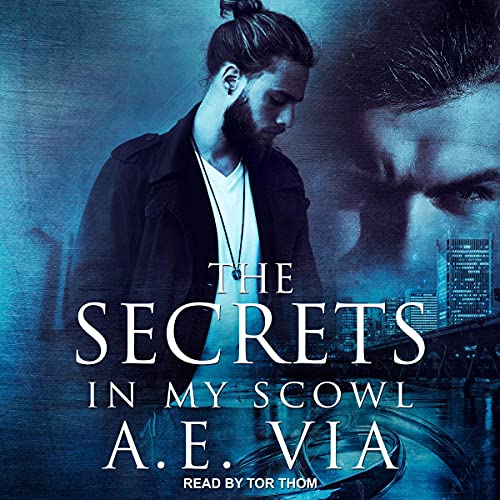 The Secrets in My Scowl

Sparks ignite and tempers flare when a sexy, optimistic wedding planner moves his business in across the hall from a jilted divorce lawyer's practice.

From high school up until he became a successful attorney, Jacob Snowden was convinced that love had it out for him. "Everyone left" were the words he lived by. His mother, his high school sweetheart, his father, and his fiancé - they all left Jacob just when he felt it was safe to let down his guard.

Jacob was a determined man, set at keeping people at a distance. If his six-foot-one, military-made body didn't scare people off, his permanent scowl surely did. At almost 40, Jacob's social life was nonexistent, but he told himself his work fulfilled him. He helped people get out of their loveless marriages.

Jacob Snowden was one of the best divorce lawyers on the East Coast and was damn proud of it. So, imagine his disdain when a wedding planner moves into the suite directly adjacent to his...an insanely masculine, male wedding planner.

What listeners say about The Secrets in My Scowl

The Scowl Turns into a Smile

I loved this story.
All of the authors distinctive writing traits are in this story: well developed characters, the emotional pull that makes you cry, love and laughter that helps to ease the pain of the main character and a joining of two halves to make a complex and complete couple.
The story draws you in immediately and with the wonderful narration from Tor Thom, you may end up listening to it in one day! There's plenty of time to clean later.
It's a wonderful story and well worth the credit.

Loved the audible. This is one is my fave books from Ms Via. Very excited to see it in audible. It reminded me why I loved this story to begin with. I liked the narrator well enough. Would’ve preferred more inflection and emotion though. Still good

Okay “enemies to lovers” is a favorite of mine, and this Book delivers. The enemies part of the story isn’t volatile or intense but god their relationship is so good!!

This is one of those stories that makes you ugly cry, laugh, and pray. A.E. Via never disappoints. Each story is so beautifully written that she just pulls me into her world.

My favorite AE Via book brought to life in audio!

This has long been my favorite AE Via book and Tor Thom does an excellent job narrating grumpy, grouchy Jacob and sweet Wyld.

Broody and a loner, Jacob has created his own monster. He was burned before and refuses to let himself feel. Top it off with being the best divorce attorney in the state, and he finds himself jaded when it comes to relationships. Wild has move his wedding planning boutique into the same building across of Jacob's office. And when these two first meet, there is no way anything would ever develop between them. Until Wild sees Jacob. Really sees the man. This is a beautiful love story of hurt, deceit, and hopelessness that has the chance to be turned to love, trust and a bright future. I absolutely love the story line, the characters and the reasons for the scowl. A E Via brings out the emotional turmoil of young love and how it shapes our lives. This story is realistic and compassionate. Wild is unpredictable and funny, protective and loving, the total opposite of Jacob and it makes the story show just how love is found in the most unlikely places.

Tor Thom voices this one from his heart. Both characters are emotionally charged and he pulls out the feelings for each. He creates each one with a voice that fits the character, from the broody Jacob to the creative Wild. It's heartfelt and sensitive, brought to life in a fantastic performance.

I loved the story and the path that these two men were on that finally brought them together. They fit together perfectly. The devotion and love that they show each other, and wanting to be a better person is truly special. Perfect narration too. A.E. Via never disappoints me.

great narration, great story, great overall! I loved it from beginning to end. Try it!

This book made me cry and laugh. I love the way love over came everything that both Jacob and Wilde went through. I can't wait until her next audible book comes out. I love this author. The narration was on spot, his voice made you feel like you were right there.

Not my favorite narrator but, Tor Thin did an alright job.
it was a good story, just a little hard to follow next you can't tell the difference between characters voices.
it took me a lot longer to finish this book than it usually does.