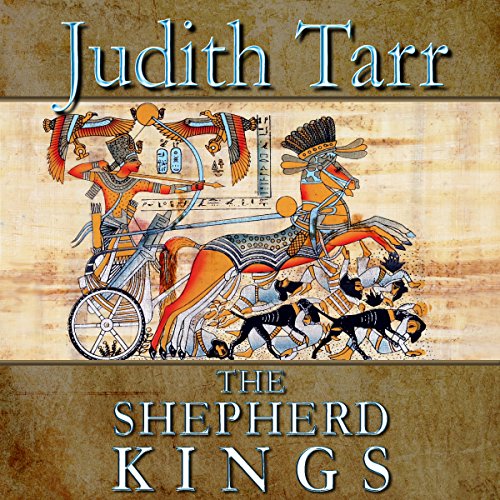 For a long, brutal century, the Kingdom of Lower Egypt has been occupied by the "Vile Asiatics", the conquerors called the Shepherd Kings. With their horses and chariots, they overwhelmed the armies of Egypt and swept over the Delta and the sacred cities.

Iry, daughter of an old noble house, the Sun Ascendant, has been enslaved by the bearded conquerors. But her new master is born of a different blood, son of the priestess of an ancient rite, the cult of the Horse Goddess and her avatar, the White Mare. The Mare's priestess-servant is dead - and the Mare chooses Iry, the child of a land without horses, to be her successor.

Meanwhile, in the wider world, the Pharaoh of Upper Egypt is arming to take back the lost kingdom. He forms such an alliance as his ancient land has never seen before, with the seafarers of Crete and the White Mare's servant, and rides to war against the Shepherd Kings.

What listeners say about The Shepherd Kings