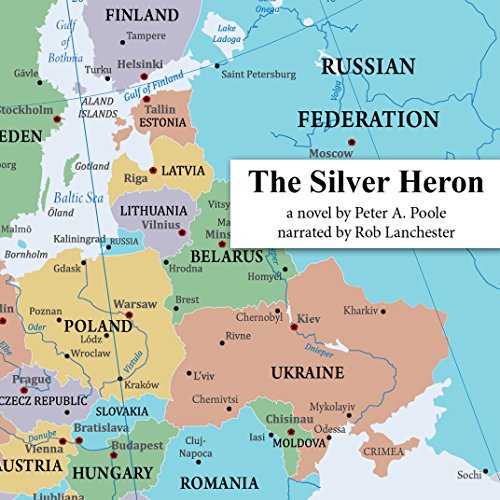 Written by: Peter Poole
Narrated by: Robert Lanchester
Try for $0.00

The year is 1997, and Europe is uniting to end a long series of ruinous wars. But someone tries to shoot Foreign Minister Kiraly of Hungary, a leader of the European integration movement. His daughter, Margit, persuades Kiraly to hire Heinz Weigert, an Austrian counter-terrorism expert to advise and protect him.

Margit finds it hard to believe that General Kolkov, the head of Russian intelligence in Hungary, is as pro-Western as he claims. But after Weigert boasts that he will kill Kiraly and start a war (because he's against European integration except on his own terms), Margit and Kolkov join forces to capture him and take him to face the International Criminal Court.

What listeners say about The Silver Heron