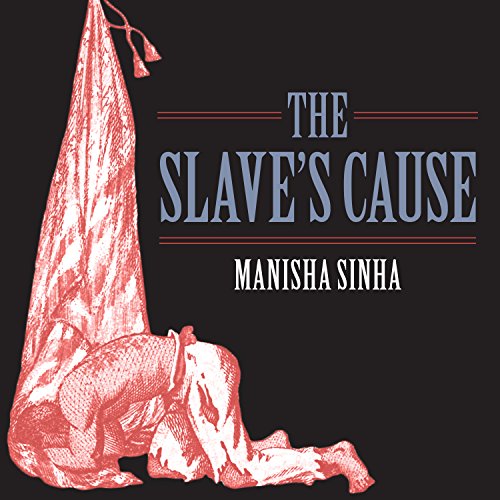 Received historical wisdom casts abolitionists as bourgeois, mostly white reformers burdened by racial paternalism and economic conservatism. Manisha Sinha overturns this image, broadening her scope beyond the antebellum period usually associated with abolitionism and recasting it as a radical social movement in which men and women, black and white, free and enslaved, found common ground in causes ranging from feminism and utopian socialism to anti-imperialism and efforts to defend the rights of labor. Drawing on extensive archival research, including newly discovered letters and pamphlets, Sinha documents the influence of the Haitian Revolution and the centrality of slave resistance in shaping the ideology and tactics of abolition. This book is a comprehensive new history of the abolition movement in a transnational context. It illustrates how the abolitionist vision ultimately linked the slave's cause to the struggle to redefine American democracy and human rights across the globe.

What listeners say about The Slave's Cause

A challenge as an audio book but worth it!

This book is remarkable for its depth and breadth. The density of the research made it a bit of a challenge as an audio book, but I am so grateful for this work. It has broadened my knowledge tremendously.

This tome has enjoyed critical acclaim from leading scholars. It is chock full of information, and I am happy that I read it. Having said that, I did not find the book engaging. And the reader needs to learn more about American history. I cringed when I heard her pronounce, repeatedly, George Whitfield, Roger Taney, and Clement Vallandigham (especially the latter). Having said that, I did enjoy her voice, and think she was a good choice. The errors mentioned previously could have been easily corrected, which makes my wonder how one prepares for reading a book such as this.

This book is meticulously researched, and the themes are presented convincingly.

Sinha has several themes: Her first is that the white abolition movement was inspired by black activity. Sinha does a very good job detailing anti-slavery activities by blacks—from self-emancipation (running away) and uprisings, to periodicals, newspapers and lecture tours. Sinha deservedly gives blacks due credit for their many roles in the abolition movement, in ways that made the evils of slavery harder and harder to ignore. Certainly white abolition was inspired by the plight of the slaves, and certainly slave uprisings motivated whites, but it’s hard to believe that white support for abolition wasn’t also important to slaves. A more nuanced approach might be to argue that black and white abolition fed off each other, in a mutually supportive way.

Sinha’s second theme is how free blacks suffered from the same racial theories that were used to justify slavery. In effect, the free states invented Jim Crow decades before the Civil War. This leads to Sinha’s third theme—that abolition had two goals: emancipation and equality. The Civil War and the Thirteenth Amendment achieved the first goal, but the second would be ignored for a century and is still not fully attained.

Sinha’s fourth theme builds on the two goals of emancipation and equality to demonstrate the joint efforts of abolition and women’s suffrage. While most suffragettes supported abolition and most famous abolitionists like Douglass and Garrison supported women’s suffrage, Sinha explains how what she calls the evangelical wing of abolition could not get comfortable with equality for women. This ultimately led to a break in the two movements and the eventual abandonment of the goal of racial equality by much of the women’s movement in the late 19th and early 20th centuries.

Sinha’s fifth theme explains how the abolition movement tried to make common cause with the white working class, with minimal success. Sinha also recounts how many people blamed capitalism for the rise of slavery. But America was part of the British mercantile system when slavery first took hold, so perhaps greed and selfishness, rather than simply capitalism, make a better explanation.

This is a very moving book. Much has been made of the irony of the “land of liberty” being founded on the backs of slavery. Even Samuel Johnson commented on it at the time of the Revolution. This leads to the question how such moral blindness could exist. Edmund Morgan has explained how Virginia used the idea of black inferiority to shake off many of the class-based distinctions among whites that were the inheritance of the Old World. Gordon Wood has explained how slavery was must one of many societal differences accepted in colonial America, but the only one to survive the Revolution. If race was therefore the critical factor, and white Americans also treated Native Americans with the same disdain as they treated blacks, then I wish Sinha had explored the question of whether the abolition movement also tried to make common cause with Native Americans.

This book did so much that I wanted more, which is a sign of a very good book.

Clearly, America made a devil’s bargain to accept slavery to achieve independence from Britain and then to establish the Union. Quite possibly, there was no way to abolish slavery at the time of the Revolution, and perhaps the Union was not strong enough to survive the upheaval of abolition until the 1860s. Sinha, however, has done a marvelous job detailing many of the horrific costs of that bargain. It is a fruitful area for further exploration.