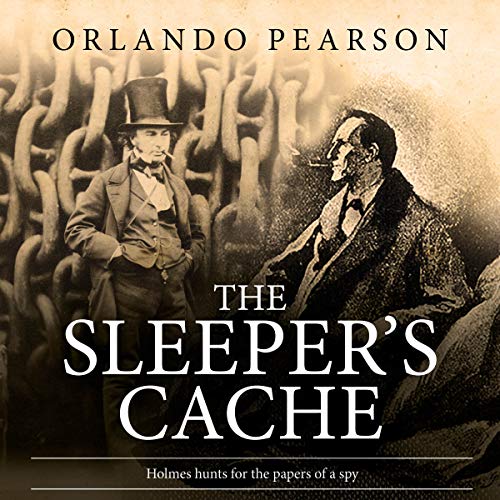 Written by: Orlando Pearson
Narrated by: Steve White
Try for $0.00

Mycroft gives Holmes an urgent commission to find documents hidden by Oberstein, the spy arrested at the end of The Bruce Partington Plans, although this commission arises out of a diplomatic deal over which Holmes has the gravest misgivings.

In a coup de maitre, Holmes finds the documents at the very last point in the time given to him by Mycroft, but Mycroft is totally distracted when he delivers them.

Holmes instigates investigations of his own and uncovers a shocking scandal. But will he be able to pursue his investigation to its natural conclusion, or will realpolitik intervene?

A thought-provoking mixture of detection and morality.

What listeners say about The Sleeper's Cache