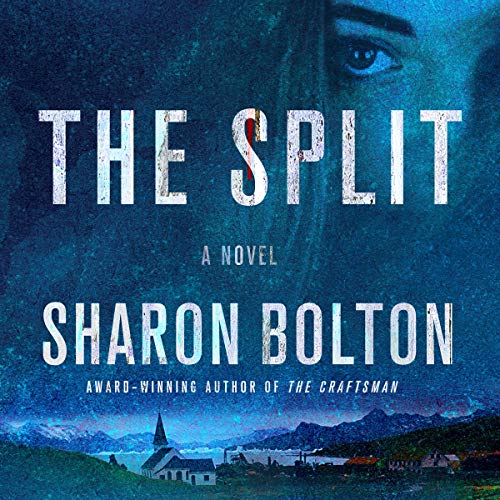 Written by: Sharon Bolton
Narrated by: Katie Scarfe
Try for $0.00

"I'm a huge Sharon Bolton fan, and this is her best yet...as always, great story, wonderful characters, all floating on a breathless buzz, somewhere between dread and fright." (Lee Child)

Tense, gripping, and with a twist you won't see coming, The Split is an explosive new stand-alone thriller from Sharon Bolton about a woman on the run.

No matter how far you run, some secrets will always catch up with you....

The remote Antarctic island of South Georgia is about to send off its last boat of the summer - which signifies safety to resident glaciologist Felicity Lloyd.

Felicity lives in fear - fear that her ex-husband, Freddie, will find her, even out here. She took a job on this isolated island to hide from him, but now that he's out of prison, having served a term for murder, she knows he won’t give up until he finds her.

But a doctor delving into the background of Felicity and Freddie's relationship, back in Cambridge, learns that Felicity has been on the edge for a long time. Heading to South Georgia himself to try and get to her first is the only way he can think of to help her.

"Bolton, known for her devious plots and tricky endings, doesn’t disappoint here. But she really soars when describing the fearsome splendor of the icebergs as they rise and calve and eventually crash into the sea." (New York Times Book Review)

What listeners say about The Split

Love Sharon Bolton but not my favorite

Let me begin by saying that I adore Sharon Bolton. She is by far my favorite murder/mystery author and I love reading anything she has to write. I am constantly suggesting her books to any avid murder/mystery readers. If this is your first Bolton novel then I suggest starting with her other books such as Daisy in Chains and the Lacey Flint series. Those will keep you on the edge of your seat and you'll never see the ending coming. This book has its ups and downs. I saw the ending of this novel coming by chapter 5. Had I not already read so many novels with the same plot this would be a great story. Even though this book is subpar to Boltons other work it is still an entertaining read and she does a masterful job at keep an old storyline interesting. However, since I have read her other books I have no choice but to compare this with her brilliant other stories that blow this out of the water. This book is a tale as old as time that I have read in dozens of other murder/mystery books. The entire plot is a trope that I was so desperately wishing wasn't true. The "twists" were so blatantly obvious I was sure that there was going to be some other "gotcha" moment that I know Bolton is so good at but it just didn't happen. The narrator is fantastic and really brought everything to life. I do like the way the book is structured with different perspectives. Also the story is cut in parts that leave you guessing as well which made for an interesting read. I like how she uses different points in time in the novel as well. It's very clever. I also enjoyed the setting. There is a particular character perspective that plays quite a significant role in the book that I could NOT get behind. They are completely blind and have little to no idea what they are doing the entire novel. It got the point that when the "twist" happened I was yelling in my car for the character to get on with it because they were so incompetent. The character was just plain unlikable and I know some characters are meant to be unlikeable but I don't think this one was meant to be. All in all it kept me entertained for a while and I appreciate the good things about the story even if I figured it out before it even began. I am still a die hard fan of Sharon Bolton and will never stop reading whatever she has to offer. Don't let this book stop you from reading anything else she has written. This story is not a good representation of her amazing talent as a murder/mystery author. Please check out her other work. You will not be disappointed.

It was terrible. Boring. A real sleeper. Wish I had my money back. It didn't sound bad on the sample.

The beginning of the book was hard to follow because I could not sit and listen to it straight through. we then went on a road trip and I made an effort to listen and it is very interesting with many different characters, story plots, and even mental health issues. Great book.

Love all of Sharon Bolton’s books. I like how global warming tied into this story and how mental illness issues and homelessness are so current today.

I wait impatiently for each Sharon Bolton book, so I was really excited when I got notification about this one being published.
But it was awful. The title and the first chapter give it away, and then you just spend the rest of the text being frustrated that the supposedly trained professional psychologist or psychiatrist or whatever he is can't figure out what the rest of us knew 20 pages in.
I held on to through the end hoping for an exciting twist that would shock and amaze me . . .THAT never happened.
It certainly won't put me off S. Bolton. I will be right there for the next one, but . . . yeah . . .

Well read and written, the story of Felicity Lloyd has surprises right up to the end. Its setting on South Georgia and encounters with glaciers adds to the thrill. But the real dilemma is in figuring out who is Felicity and some details about her supposed stalker Freddy are still bewildering at the end. This is another of Bolton’s tales of a woman on the run, endangered