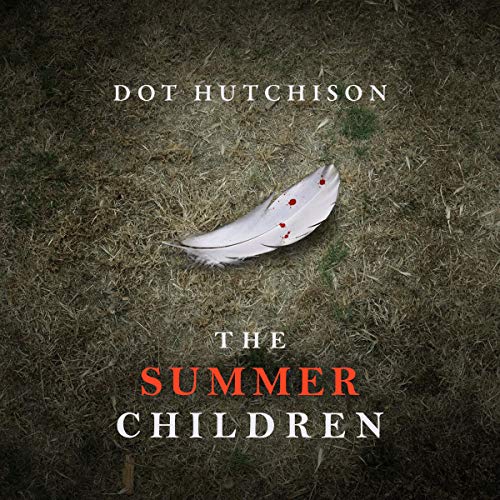 Written by: Dot Hutchison
Narrated by: Siiri Scott
Try for $0.00

When Agent Mercedes Ramirez finds an abused young boy on her porch, covered in blood and clutching a teddy bear, she has no idea that this is just the beginning. He tells her a chilling tale: an angel killed his parents and then brought him here so Mercedes could keep him safe.

His parents weren’t just murdered. It was a slaughter - a rage kill like no one on the Crimes Against Children team had seen before. But they’re going to see it again. An avenging angel is meting out savage justice, and she’s far from through.

One by one, more children arrive at Mercedes’s door with the same horror story. Each one a traumatized survivor of an abusive home. Each one chafing at Mercedes’s own scars from the past. And each one taking its toll on her life and career.

Now, as the investigation draws her deeper into the dark, Mercedes is beginning to fear that if this case doesn’t destroy her, her memories might.

What listeners say about The Summer Children

Overall, I thought the story was great. I've loved the characters since The Butterfly Garden and love how strong and resilient Mercedes is in this book. With that being said, the narration was pretty disappointing. I though Siri Scott did much better in Roses of May, but maybe that's because she didn't preform the entire book. I thought she was too "over the top" with some of the things and she made the characters in this book sound like they were missing brains in their heads. I think it would have been a more enjoyable listening experience if someone else narrated the book.

Loved it. Great end to a wonderful trilogy. My only drawbacks were: 1- We have become used to 2 narrators per book. It would have been wonderful to continue the trend. 2- For those non-spanish speaking persons like myself, it would have been nice to take us into consideration. For me, the interjections of Spanish in this book was annoying and frustrating. I wonder why Spanish wasn't used in the first 2 books?

I didn't know it could get better, but it did!

wow! Every book I read from this author is absolutely amazing. I wasn't sure how she was going to top her last two books, but somehow she just completely took it up a notch. This book had me completely engrossed and addicted all the way through to the very end. I don't know how I'm going to recover from this book hangover. I'm really hoping she comes out with more in the series. I will read anything this author writes, she's fantastic! All of her stories are gripping and the endings are emotional and unexpected.

I loved it beginning to end! I wouldn't change anything! Others said they didn't like the addition of Spanish. I don't know any Spanish, but I liked the addition of it. It was minimal and did not take away from the story, only added to it.

The plot of this story is really original and moves along pretty well. I'm glad I got it on a credit. I enjoyed the first book of this trilogy the best, though. If you read the others, it is worth it to read this one. The relationship of the characters on the FBI team is largely unbelievable to me. The author kept on pointing out how close the team was and it seemed to be overkill. I would have liked more details of the investigation - what did they do, what leads did they follow, etc. The narrator was ok, but the over-enunciation was driving me to distraction.

read with English and Spanish

I expect the books I buy to be read in English. I was very disappointed with the Spanish in this book. I feel that it should have been disclosed before purchasing.

I can't take the narration.

I've listened to a couple of Dot Hutchinson's books but I just can't get through the narration on this one. It's painful.

You never know what curious angle could possibly follow the first two books in the trilogy but they have done it again with a misguided angel saving children. The characters were a little harder to follow in this story for some reason, maybe the time that has passed by, but it tied together well.

I absolutely loved this. All three books were great, this one was probably my favorite in the series! The narrator was wonderful!