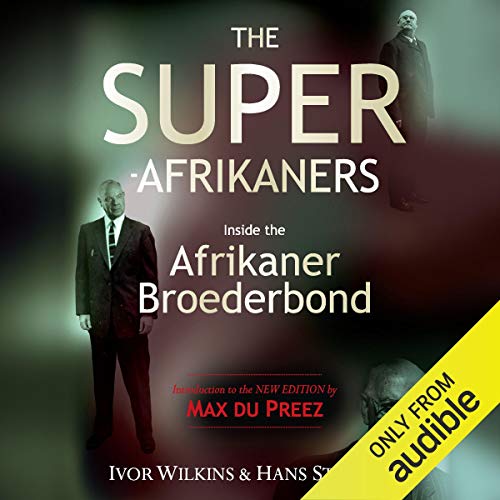 The Super-Afrikaners, originally published in 1978, scandalised a nation as it exposed the secret workings of the Broederbond. Out of print for over three decades, this edition with an introduction by Max du Preez is available for a new generation.

Formed in Johannesburg in 1918 by a group of young Afrikaners disillusioned by their role as dispossessed people in their own country, the first triumph of this remarkable organisation was the fact that it was largely responsible for welding together dissident factions within Afrikanerdom and thereby ensuring the accession of the National Party to power in 1948.

This highly organised clique of Super-Afrikaners, by sophisticated political intrigue, waged a remarkable campaign to harness political, social and economic forces in South Africa to its cause and succeeded. Political journalists Hans Strydom and Ivor Wilkins traced, at great personal risk, its development from the earliest days to the present. The book includes the most comprehensive list of Broeders ever published.

What listeners say about The Super-Afrikaners

This is beyond a shadow of a doubt one of THEE most intriguing books I have ever read about my home country. THIS IS A MUST READ!